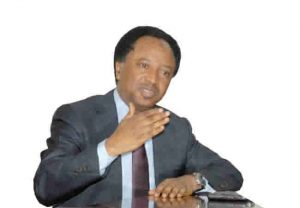 The Senator representing Kaduna Central Senatorial District (APC), Sen. Shehu Sani, has offered scholarships to 20 students from his constituency to study various courses at the University of Khartoum, Sudan.

He disclosed this while addressing journalists at the Malam Aminu Kano International Airport, Kano, on Wednesday shortly before their departure to Sudan.

Sani said the students were selected from the local governments that made up the Kaduna Central Senatorial district.

He said, “Education is key to social and economic development, hence our decision to sponsor the students to further their studies. More so, student sponsorship is part of my campaign promises.

“We have about 40 students to benefit from similar gesture; as soon as the processes are completed, they will also go.”

The lawmaker said he had also secured admission for five candidates from his constituency to study various courses at a university in China.

He added that no fewer than 2,500 students were studying at some universities across Nigeria under his special scholarship programme.

Sani said plans were also in the pipeline to extend the sponsorship to more students, especially those who qualify but lack the sponsorship, in order to empower them.

He advised the students to concentrate on their studies and exhibit good conduct while in Sudan.

Speaking to newsmen, one of the students, Imam Jafaru-Musa, thanked the senator for giving them the opportunity to further their studies and urged other lawmakers to emulate him.