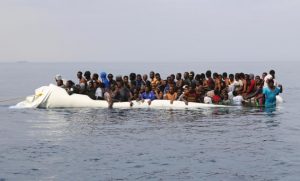 The head of the African Union’s executive commission, Moussa Faki Mahamat, on Thursday said around 3,800 migrants needed to repatriated urgently from Libya.

“They want to get out of this mess as swiftly as possible,” he said at a summit of the AU and the European Union in Abidjan dominated by the issue of migrant abuse in Libya