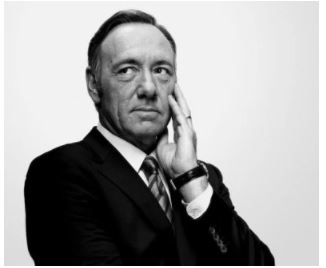 One former employee who spoke with CNN says Spacey sexually assaulted him and made the set of Netflix’s “House of Cards” into a “toxic” work environment through a pattern of sexual harassment.

All eight people, each of whom spoke to CNN on the condition of anonymity for fear of professional repercussions for speaking out, described Spacey’s behavior as “predatory,” saying it included nonconsensual touching and crude comments and targeted production staffers who were typically young and male.

The new accusations follow an explosive article published less than a week ago by BuzzFeed News, in which actor Anthony Rapp said Spacey made sexual advances toward him in 1985, when Rapp was 14 years old.

A former female production assistant who worked on several seasons of “House of Cards” said she witnessed Spacey’s sexual misconduct with crew members on set.

“It was very known that Kevin was inappropriate, and males I worked with complained to me about how they felt uncomfortable,” she said. “Kevin does this thing which was play fights with them in order to touch them.” She said she saw Spacey approach “multiple people” to “say hello, greet them, shake their hand and pull their hand down to his crotch and touch their crotch. I have friends say he reached up their shorts on set.”

Spacey also made sexually-charged comments on set, according to a former crew member. “There was one instance [when] a grip bent over to pick something up and his ass crack was showing, and Kevin Spacey made a sexual comment about it,” he recalled, adding that the comment Spacey made was “nice ass.”

The allegations about Spacey also come as the entertainment world is reckoning with fallout from the Harvey Weinstein sexual harassment scandal. Dozens of women have accused him of sexual harassment and police are investigating assault claims. Weinstein has apologized for his behavior, but he denies all allegations of nonconsensual sex.