Home News Feed 86-year-old Woman Returns Threatens Bank Cashier With Gun
Facebook
Twitter
WhatsApp
A really old woman has been nabbed for her act of impropriety after she returned with a gun to ask for her change when she was short-changed by a bank cashier. 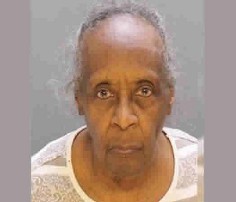 An 86-year-old woman has been arrested by the police in Philadelphia, U.S., for an attempted robbery after she pointed a gun at a bank teller and demanded $400, police say.
Fox 29 reports that Emily Coakley, who uses a walker, had been to the same bank a day earlier, but when she counted her money after returning home, she believed she had been short-changed by $400.
So on Tuesday afternoon, she grabbed a gun and her walker and went back to collect the balance, the sources said.
Police officers quickly moved in to make the arrest, Fox 29 reports.
The elderly woman was then handcuffed and escorted out of the bank with her walker.
Coakley was charged with aggravated assault, robbery, terroristic threats and related offenses, according to police, and was released on her own recognizance.
“That’s crazy. It’s mind-blowing,” one bank customer told Fox 29.
“That’s pretty unusual. I never heard of a bank robber that age and armed,” John McDonald said, as he walked outside the bank.
Fox 29 reported that FBI agents examined the woman’s .38 caliber revolver and found that the gun was not loaded, but she was carrying bullets with her.