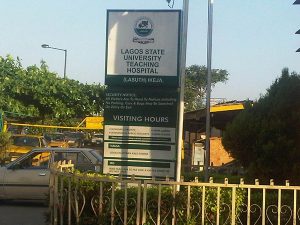 The Nigerian Medical Association, Lagos State Chapter on Thursday said the exodus of doctors from Nigeria had reached an alarming proportion and called for improved health sector funding to discourage it.

The Chairman chapter, Dr Olumuyiwa Odusote, said in Lagos that more than 40,000 of the 75,000 registered Nigerian doctors, were practising abroad while 70 per cent in the country were thinking of picking jobs outside.

Odusote described the situation as worrisome.

“The health crisis in Nigeria is unprecedented as the mass exodus hits an alarming proportion.

“Already, it takes a new patient two to three hours to see a doctor.

“Over 100 doctors have resigned from the University College Hospital, Ibadan, this year; about 800 doctors resigned from Lagos State hospitals in the last two years, and over 50 in November alone.

“Kebbi State has been unable to employ a single doctor in two years despite multiple adverts for employment; over 200 doctors and nurses have resigned from Ladoke Akintola Teaching Hospital this year.

“Seventy per cent of Nigerian doctors are making plans to leave for foreign lands and are taking exams to that effect,” he said.

The chairman said that 236 doctors wrote primaries for West Africa College of Physicians in 2017 to gain admission into Nigerian teaching hospitals.

He said that in 2012, more than 1,000 doctors had written the same exams and 660 of them had written the Professional and Linguistic Assessment Board Examination (PLAB) to practise in the UK over those primaries.

“Our healthcare system has been neglected for an extended period, evidenced by lack of funding, undersupply, inefficiency, decrepit equipment, poor quality, needless deaths and unhappy workforce.

“Today, many of the country’s general hospitals, with the exception of those in Lagos, are not in good condition and are breeding grounds for infectious diseases.

“Many also do not have sufficient beds; so, corridors are turned to sleeping wards,” he said.

He said that there was the need for increased number of public health centres fully equipped with adequate drugs and modern facilities and manned by specialists.

Odusote said that fatigued and overworked doctors had committed errors.

The chairman said that allocation to health in the proposed 2018 Budget should have been more than 3.9 per cent.

He said that the 3.9 per cent allocated to the health sector was less than the WHO-recommended 15 per cent.

“NMA will nonetheless, continue with advocacy for improved healthcare financing through universal health coverage and full implementation of the National Health Act, 2014, “ he said.