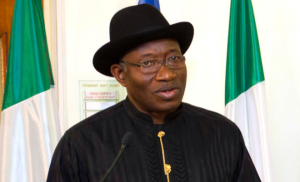 A professor of Law at the University of Lagos, Ayodele Atsenuwa, has said that most of the funds allegedly stolen under the administration of former President Goodluck Jonathan were money recovered from late Nigeria’s dictator, Sani Abacha.

“From what we are seeing now, adequate steps need to be taken to address the issue of top government officials re-looting recovered loots,” she said.

The senate ad-hoc committee set up to investigate the controversial reinstatement of former Chairman of the Presidential Task Force on Pension Reforms, Abdul-Rasheed Maina, had on Thursday accused the Economic and Financial Crimes Commission, EFCC, of allegedly ‘sharing’ 222 houses recovered by the pension reform team headed by Mr. Maina.

Mrs. Atsenuwa added that Nigerian law is against the whistle blower policy initiated by the President Muhammadu Buhari administration.

“The Nigerian law is against paying someone who blows whistle,” she said.

Speaking earlier at the opening ceremony of the conference on Thursday, the Executive Secretary of the Presidential Advisory Committee Against Corruption, PACAC, Bolaji Owasanoye, said as at October 2017, over 5000 “whistles” had been “blown” since the introduction of the whistle blower initiative in the country.

Speaking on a topic: Law and Practice of the Whistle Blower Policy of Nigeria; Scope of Citizens’ Participation, he said citizens have the responsibility to ensure that governments act rightly.

Also at the event, acting EFCC chairman, Ibrahim Magu, expressed hope that the conference would come up with more ideas that would aid the fight against corruption.

Mr. Falana said the two ex-government officials could be prosecuted for resisting arrest after the anti-graft body had obtained a warrant of arrest, citing the provisions of the Administration of Criminal Justice Act which barred any move to frustrate the rule of law.

While Mr. Ekpenyong was invited by the EFCC about two weeks ago in respect of an investigation into the procurement of arms and equipment by the agency he once headed, Mr. Oke was invited for questioning in connection to the $43.4 million found in an apartment in Ikoyi, Lagos.

The EFCC and the SSS have been at loggerheads on various fronts since the inception of the Buhari administration.