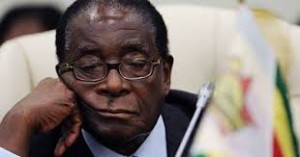 The resignation of Robert Mugabe as president of Zimbabwe has been accepted by the African Union.

According to the AU commission chairperson Moussa Faki Mahamat said he “welcomes the decision by President Robert Mugabe to step down from his position as Head of State following a lifetime of service to the Zimbabwean nation.”

“President Mugabe will be remembered as a fearless pan-Africanist liberation fighter, and the father of the independent Zimbabwean nation,” he said in a statement released late Tuesday.

After dominating nearly every aspect of Zimbabwean public life for decades, the 93-year-old’s tenure on Tuesday ended in an announcement at a special joint session of parliament where MPs had convened to impeach Mugabe after the ruling party sacked him as their leader earlier this week.

Mugabe is likely to be replaced by Emmerson Mnangagwa, whom he fired as his deputy earlier this month in a move that pushed infuriated army chiefs to seize power and force the president’s exit.

Despite the military intervention, the AU did not characterise Mugabe’s ouster as a coup, but rather a legitimate expression of the will of Zimbabweans.

“The African Union recognises that the Zimbabwean people have expressed their will that there should be a peaceful transfer of power in a manner that secures the democratic future of their country,” the statement said.

“President Mugabe’s decision to resign paves the way for a transition process, owned and led by the sovereign people of Zimbabwe”.