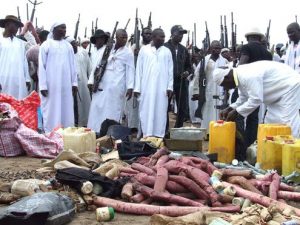 The Amnesty International Nigeria has urged the administration of President Muhammadu Buhari to embrace negotiations as this is a way to curb torture in the country.

The country director of the civic group, Osai Ojigho, said this during a symposium and moot court competition among Nigerian Universities titled “The Criminalising Torture in Nigeria”.

She said torture is not justifiable under any circumstance noting that organisations who feel they have the power to torture should investigate rather than use torture to get information.

“There is no need for people who feel they have the right to torture whether physically, emotionally, psychologically and mentally. This is against the law and it is a violation against human rights,” Mrs. Ojigho said.

According to her, victims should speak out and report incidents of torture.

“Victims think no one will believe them. The first point of contact should be a doctor or nurse who can officially document what happened to the victim. Then the victim should visit a nearby NGO and the NGO can take it up and advise you on the way forward,” she said.

Similarly, the deputy team leader, Nigeria Policing Programme, Idris Bawa, said the entire society needs to be sensitised on the effects of torture.

“Police should organise series of trainings and workshops for officers so that they will be well informed on different methods that can be used to interrogate. Nigeria police uses crude method to investigate,” he said.

According to him, torture and human rights violation is widespread in Nigeria; therefore, non-legal practitioners should be engaged in the fight to stop torture.

Meanwhile, Hassan Bala from the Ahmadu Bello University, ABU, a participant at the event, said the issue of compensation is not enough for victims of torture. He said the anti-torture bill at the National Assembly should be passed into law.