Annie Idibia is in the news for a very wrong reason and it’s her brother’s fiancée, Doris who’s accusing the actress and celebrity wife of allegedly storming her house to beat her up and also take her kids forcefully from her.

According to Doris, Annie Idibia threatened her and told her she was going to show her that she’s well connected. She further alleged that when her mum tried talking Annie Idibia’s mum insulted her and ended the call on her.

When asked what caused the fight, she said it was all because he asked Wisdom Macaulay, Annie’s brother who she has been dating for 4 years to come and pay her bride price, because she has already given him 2 kids.
Below are some photos of Doris’ cloth shredded during the drama that ensued: 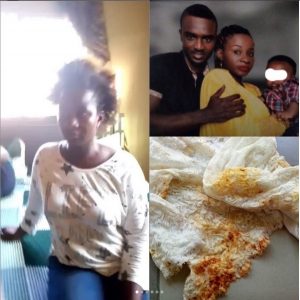 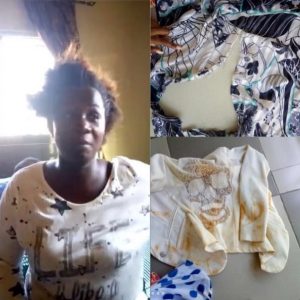 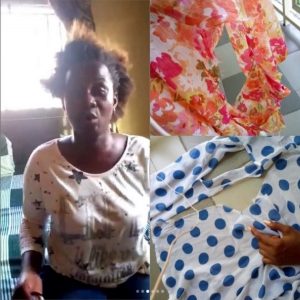