Home News Feed Anytime We Quarrel, My Husband Strips Me In Front Of Neighbours
Facebook
Twitter
WhatsApp
A woman has dragged her husband to court following the barrage of insults and assaults she has received from him. 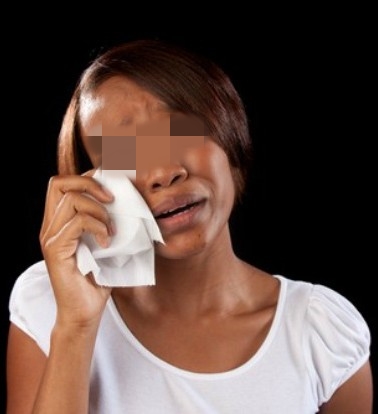 Chief Ademola Odunade, President of a Mapo Customary Court in Ibadan, Oyo State, on Thursday dissolved a 20-year- marriage between Nike Alufoso and Tunde Alufoso over threats to life and cruelty.
Odunade held that whenever a marital union became incompatible, the court would have no other option than to terminate it.
“Therefore, the union between Nike and Tunde has ceased to be, henceforth, in the interest of peaceful living,” he said.
The president granted the custody of the two children produced by the union to Nike while he said Tunde should pay a monthly feeding allowance of N5,000 for their upkeep.
The court also said that the defendant should, in addition, be responsible for the education and other welfare of the children.
In her earlier statement before the court, Nike explained that Tunde, her husband, was fast sniffing life out of her as well as assaulting her mother.
“My lord had I known that there was more to living with Tunde as a wife, maybe I would have had a rethink 20 years ago when I chose him as a husband.
“I can only summarise my experience with Tunde as one characterised by agony, battery, shame, disrespect, hunger and lots more.
“Anytime there was a minor disagreement between Tunde and me, he would strip me naked in the neighbourhood and unleash mayhem on me.
“The last one he did this month was when he inflicted serious injury on one of our daughters with a broom.
“After beating up the little girl, I had to start removing pieces of the broomsticks that had penetrated her skin,” she said.
Nike also told the court that her former husband beat his mother when she queried him on why he maltreated the young girl.
“Besides, he is in no way responsible because he does not cater for the welfare and education of the children.
“In fact, he threatened that if he sees me or any member of my family in court, he will definitely kill us today.
“I no longer want to have anything to do with Tunde, please separate us,” Nike pleaded.
Admitting the divorce suit, Tunde, however, did not deny most of the allegations levelled against him.
He, instead, prayed the court to grant him custody of the two children.
“My lord, Nike’s mother is the major problem in our union because she keeps misleading her against my wish.
“Every now and then, Nike’s mother is always loitering around our house.
“Then, I asked Nike why her mother did not want us to have a breathing space.
“That is why they all teamed up against me.
“It is true that I beat my child, but it was because I saw blood flowing out from her private part.
“Nike did not inform me on time that our daughter had already started menstruating while I thought that someone somewhere had deflowered her.
“If it is her choice to leave, let it be,” Tunde said.