Deolu
The Spanish midfielder has struggled through a hellish year, and could have had his foot amputated following the severity of his injury. 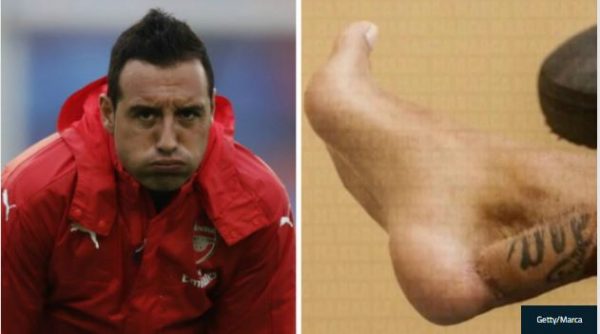 Injury-ravaged Arsenal midfielder Santi Cazorla has revealed that he almost lost his foot during his lay-off.
The talented 32-year-old has not played for Arsenal since October 2016, but his problems go back further, with the 11 months leading up to that proving equally hellish.
Achilles tendonitis has been the problem, with the former Villarreal star suffering from the condition on two separate occasions. The second bout is still keeping him out of action and almost cost him his foot due to infection.
The midfielder has undergone eight separate surgeries since his initial Achilles injury, and has even needed to cover the grisly wound with the skin from his arm.
And Cazorla has shed light on his injury nightmare in an interview with Spanish newspaper Marca . 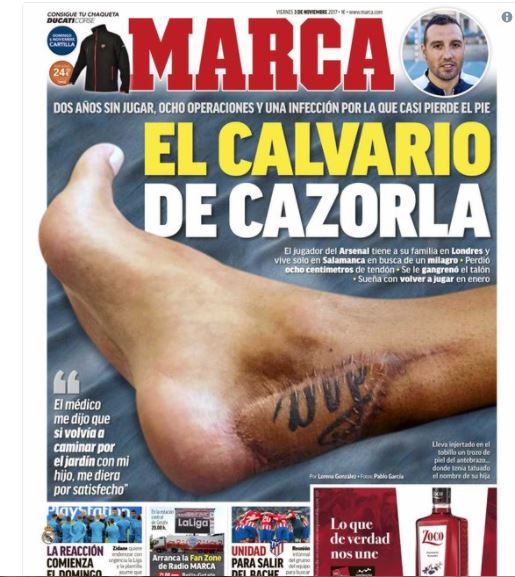 Cazorla told the newspaper: “The doctor told me if I was able to walk with my kid on the garden I should be thankful.
“The problem was that it did not heal and the wounds would reopen, become infected.”
Cazorla worked with Spanish doctor Mikel Sanchez throughout his nightmare, with the specialist apparently claiming he had never seen such a case in his career.
“He saw that I had a tremendous infection, that I had damaged part of the bone and damaged the Achilles tendon,”Cazorla added.
It remains to be seen whether Cazorla will ever be able to get back to his very best, but he is said to be targeting a return in January.

Manchester United missed the chance to close the gap on fourth-placed Chelsea after they were beaten two-nil by Burnley at Old Trafford on Wednesday...
Read more

Inter Milan striker, Romelu Lukaku has mistakenly confirmed Nigerian winger, Victor Moses has been signed by the Italian club. Recall that it was reported that...
Read more
- Advertisement -