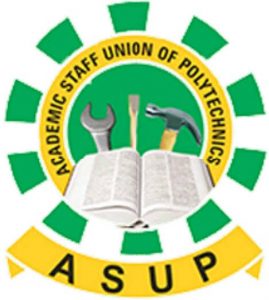 The Academic Staff Union of Polytechnics on Wednesday announced the suspension of its 15-day-old strike at a meeting held in Bauchi.

The President of ASUP, Usman Dutse, made the announcement while addressing journalists at the 14th National Delegates Conference held at the Tatari Ali Polytechnic, Bauchi.

He said the union was driven by its consideration for the impact of the strike on the students, their parents and the society as a whole, as well as pleas by well-meaning Nigerians, to suspend the strike.

Dutse also noted that the suspension was meant to give the Federal Government an opportunity to implement the resolutions reached during its negotiation with the union.

The ASUP president, in a text message sent to our correspondent, confirmed the suspension.

Members of ASUP had on November13 embarked on an indefinite strike, following a directive issued by its National Executive Council in reaction to government’s failure to heed its requests.

The body had wanted the FG to address issues, such as the non- implementation of the report of the NEEDS Assessment survey of polytechnics, sustained shortfall in personnel cost, withdrawal of their allowances since December, 2015 and non-payment of promotion arrears.