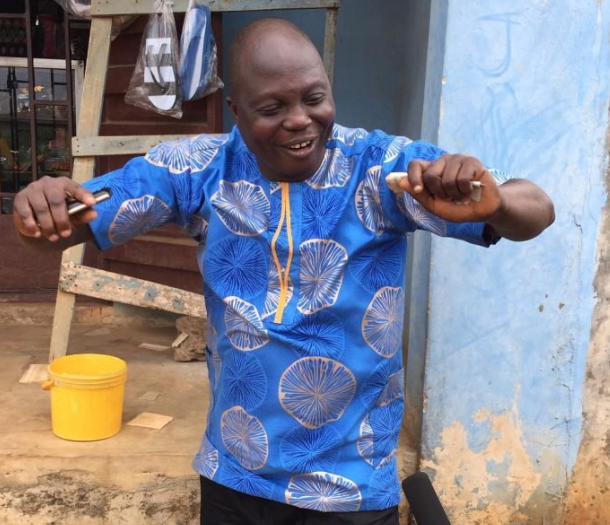 Popular Comic Nollywood actor Bolaji Amusan aka Mr Latin has returned to school to further his education over 20 years after he left secondary school.

According to fillers, the Abeokuta-based thespian is now studying Business and Conflict Resolution at the National Open University of Nigeria.

On why he didn’t further his education immediately after he left secondary school, the actor said his poor parents could not sponsor his university education then due to lack of money but as fate will have it, he is now able to send himself and others to school. He is currently in his second year.

He attended Gbongan Community High School in Osun state years back but decided to stop his education and learn a trade which later showed him the way into acting.

Since he discovered his talent several years ago, his life has never remained the same. His wife and children are based in Dublin, Ireland.