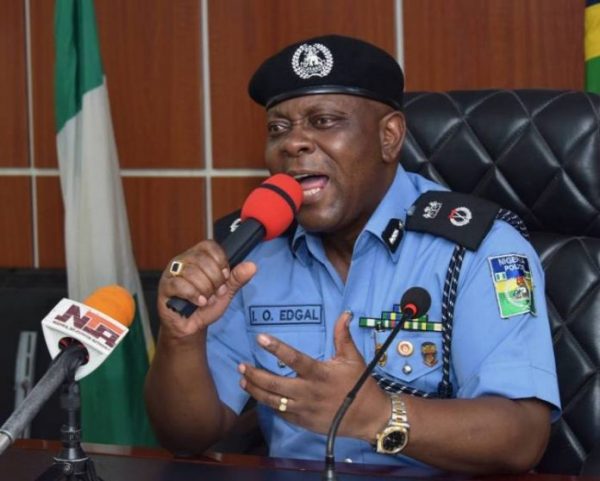 The musician was robbed after performing in ‘Buckwyld N Breathless’ concert held in the hotel.

The suspects paraded on Monday by the Police as being responsibe for the robbery are Balogun Ademola, Obina Igwe, Tunmise Omotore and Joel Kantiok, who was described as Burna Boy’s road manager.

Three of the four suspects confessed to taking part in the robbery on behalf of Burnaboy.

Narrating how Mr 2kay was robbed at the popular Eko Hotel, Lagos Police Commissioner said, “At about 2am, someone knocked on the door of Mr. 2Kay’s room and introduced himself as a room service official from the reception. Mr. 2Kay opened the door and four men entered with a gun.

“The gang then tied him and his girlfriend up before leaving the room. During investigations, the girlfriend of one of the gang members, Nimota Mutajero, was arrested.

“Her confession led to the arrest of three suspects. They confessed that one Damini Ogulu aka Burna Boy, an artiste, through his road manager, one Joel Kantiock, contacted and paid them to rob Mr. 2Kay to teach him a lesson.

“Kantiock was subsequently picked up in his hideout at Zaria, Kaduna State.

“He confessed that his boss, Burna Boy, instructed him to look for armed men that could rob Mr. 2Kay. Burna Boy mobilised the gang with an initial cash sum of N50,000 and a subsequent sum of N50,000 when the job had been completed.

“I advise Ogulu aka Burna Boy, to report himself at the nearest police station since efforts to locate him at his residence at 7 Cheview Estate, Lekki, or any known hangouts, have proved abortive.”