Home News Feed Catholic School Cover Ups New Statue Of A Saint For This Reason...
Facebook
Twitter
WhatsApp
Blackfriars Priory School’s new statue of a saint handing a loaf of bread to a young boy was perhaps a half-baked idea after the institution was forced to totally cover it. 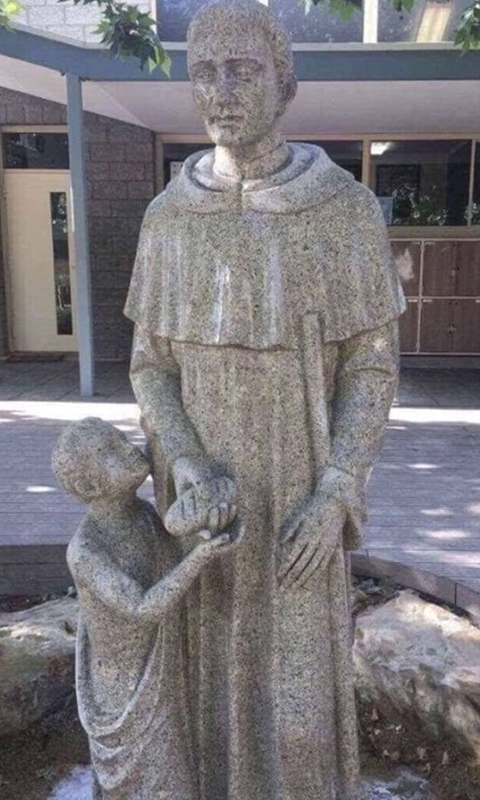 A Catholic boys school Blackfriars Priory School in Adelaide, Australian, has been forced to cover up a brand new sculpture of Martin de Porres, the 12th century Spanish-born saint, after a rather unfortunate design created a storm on social media. 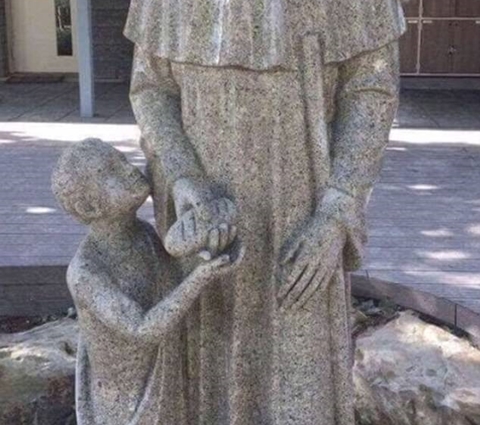 According to Dailymail, the school had last week, unveiled a statue of St Dominic handing a young boy a loaf of bread.
However, the design featuring a boy kneeling at the foot of the 12th century Spanish-born saint, has caused embarrassment to the inner-city school, which teaches boys from kindergarten to year 12. 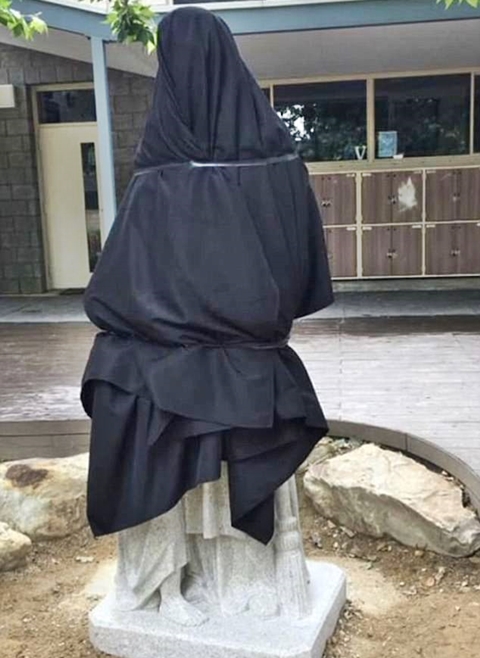 Many social media users interpreted the design of the saint handing out a loaf of bread to a little boy as something provocative. They expressed that the teachers and other staff at the school should have noticed the provocative way the statue was designed.
A black cloth now covers the statue of the saint, who was recognised for performing the miracle of multiplying bread.
The school was forced to cover the statue with a black cloth after students took inappropriate photos on Friday, the Adelaide Advertiser reports.
This week, it was completed been cordoned off.