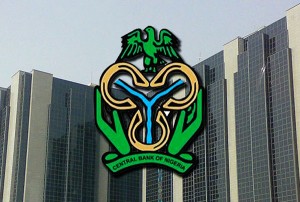 Commercial Banks in Nigeria received a letter from the Central Bank of Nigeria , asking them to submit list of customers and bank accounts without bank verification number.

A good number of the DMBs, if not all, have complied with the directive from the CBN, according to top bank officials, who spoke to our correspondent on Sunday under the condition of anonymity because they were not authorised to speak on the matter.

Shortly after the November 3 deadline given by the court, commercial banks had started the compilation of bank accounts without the BVN.

However, the DMBs are also lobbying the Office of the Attorney General of the Federation to back down on the plan by the Federal Government to seize monies in the bank accounts of customers without the BVN.

A Federal High Court in Abuja had on October 17 ordered the forfeiture of all monies in bank accounts owned by corporate organisations, government agencies and individuals without the BVN.

The forfeiture order, which was issued by Justice Dimgba Igwe, while ruling on an ex parte application filed by the Federal Government through the Office of the Attorney General of the Federation, is not final yet.

The owners of the accounts had 14 days to claim ownership of same and show cause why the amounts in them should not be permanently forfeited to the Federal Government.

The court also ordered the banks to advertise the accounts without the BVN in a widely circulated national newspaper as notice to those who might have any interest in them.

Justice Dimgba adjourned until November 16 for the hearing of the substantive application seeking the forfeiture of the sums in the accounts without the BVN.

However, the 19 DMBs named in suit have engaged the services of a top law firm to address the matter, according to top banking industry sources.

Already, the law firm has approached the court for an extension of time to appeal the court order.

Top bank executives privy to the development had told our correspondent last week that all the affected lenders were ready to appeal the court order and had instructed the law firm to file for an extension of time to do so.

“All the banks are ready to appeal the court order. We have engaged the services of a law firm to begin that process. The legal firm is expected to have filed the papers for an extension of time at the court. This will help us prepare for the proposed appeal,” a top executive of a tier-1 bank told our correspondent under the condition of anonymity last Monday.

The court gave the order on October 17 following an application that was filed on September 28.

Justice Dimgba also ordered the banks to file an affidavit of disclosure before the court, showing the names of the affected accounts, the account numbers, outstanding balances, domiciliary accounts and the bank branches where the accounts were domiciled.

Banks did not official provide details of their plan on the BVN matter.

Some, however, told our correspondent they had complied with all regulatory requirements on the BVN matter.

Spokesperson for First Bank of Nigeria Limited, Mr. Babatunde Lasaki, said, “The bank will do what needs to be done on the BVN matter and we will comply with all regulatory requirements on the matter.”

The Head, Corporate Communications, Skye Bank Plc, Mr. Rasheed Bolawinwa, said, “As a regulatory-compliant bank, Skye Bank has complied with the expectations of the regulator concerning the issue of the BVN.”