It has been revealed that another whopping sum of money which was stolen from Nigeria, will soon be repatriated to the country from Switzerland. 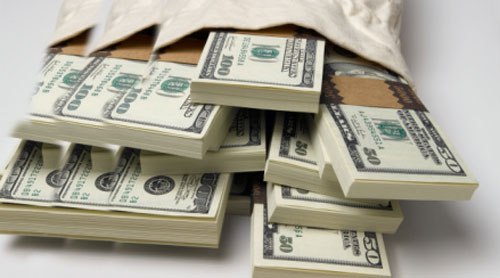 According to a report by The Nation, the Federal Government and Switzerland have agreed on the repatriation of $321 million looted from Nigeria by next month.
The Senior Special Assistant to President Muhammadu Buhari on Justice Reforms, Mrs Juliet Ibekaku broke the news at the Conversation on Anti-corruption Campaign organised by the Centre for Democratic Development (CDD) in Abuja.
She said not having an agreement or Memoranda of Understanding with foreign countries for the return of looted money before now delayed the process of discussion and recovery of looted funds.
“So far, we have recovered part of the Malabu fund held by the UK courts.
“We are also working to finalise the process for the return of $321million and by December, we are going to sign the MoU for the return of the money held in Switzerland.
“I am happy to also note here that some Civil Society Organisations (CSOs) working in the area of asset recovery were involved in the negotiation of the MoU and will be involved in monitoring the assets.
“This is to ensure that the returned funds are managed in a transparent manner as other recovery plans continue in countries like UK, Island of Jersey and France,’’ she said.
Mrs Ibekaku added that the Federal Government had also opened up discussions with the U.S. government for the return of the money that left that country for two or three years from 2013.
The presidential aide said an example of such money was Diepreye Alamieyeseigha’s money, adding that various fronts were being opened up for the recovery of the money.
She said the money recovery mission was hinged on the Open Government Partnership Initiative which was committed to four thematic areas: Transparency, Anti-corruption, Access to information, Citizen engagement and Empowerment.
She said the government had set up one asset recovery account which made it easy for anybody that wanted to track recovered money to know where the money was going to.
According to her, this has put to rest Nigerians’ worry over the whereabouts of recovered money.
Mrs Ibekaku said over the years, it was identified that there was a problem with the management of recovered money both domestically and internationally because there was no way to account for it.
She said when this administration came to power, the President set up a Presidential Assets Recovery Committee to monitor recovered assets.
Mrs. Ibekaku said the committee, in turn, set up the Assets Tracing subcommittee, adding that work was ongoing to determine where these moneys went as from 2012.
She said that the administration also created a central account in the Central Bank of Nigeria (CBN) called the Asset Recovery Account.
The presidential aide said the President also directed all the law enforcement agencies to put all recovered money in the central account.
Ibekaku said that the president also directed that asset recovery should now be ploughed into the budget to fund part of it, starting from 2017 “so that is what the money is being used for,” she stressed.
She said all the money being recovered by anti-corruption agencies would go into o funding part of the budget.
The Executive Director of CDD, Ms Idayat Hassan, said the event was organised with support from the Open Society Initiative for West Africa and the Department for International Development (DFID).