Home News Feed Checkout How Old Tomb Of Jesus Christ Is
Facebook
Twitter
WhatsApp
The highly revered tomb of Jesus Christ of Nazareth has been dated for the first time ever, revealing that it was built far back than earlier thought. 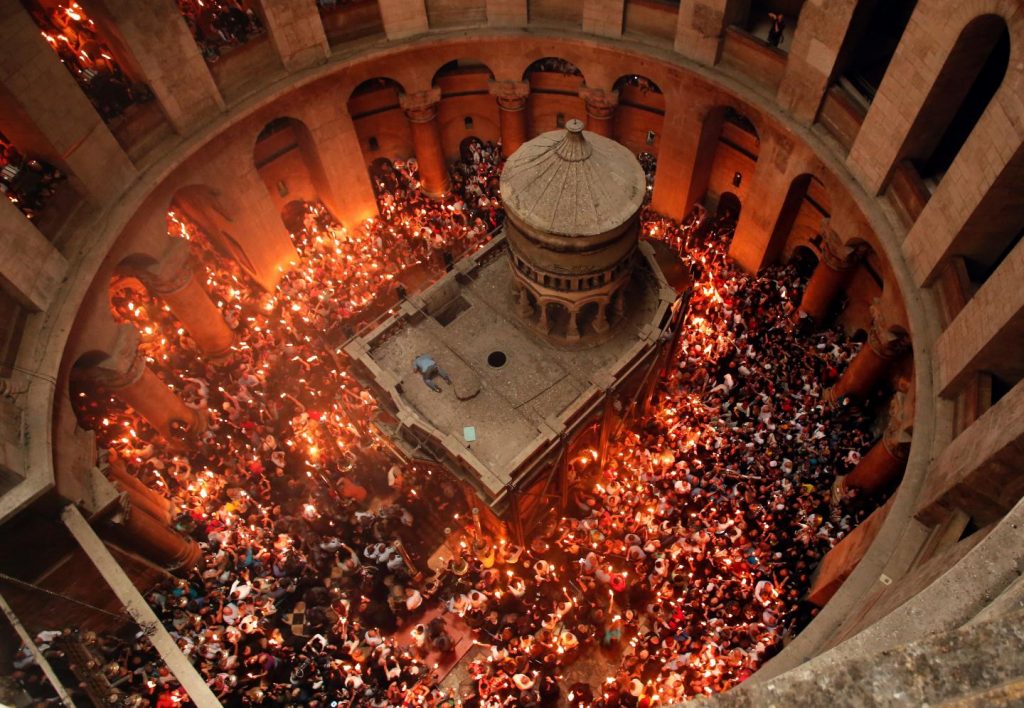 Newsweek has reported that the ancient cave that Christians believe held the remains of Jesus Christ dates from 1,700 years ago, according to scientists—far earlier than they originally believed.
The scientific dating tests on the shrine, which began in October 2016, were the first of their kind carried out on what the faithful believe to be the resting place of the Christian Messiah. The tomb itself had not been opened in centuries and had previously been thought to have first been built during the time of the Crusaders, and so no older than 1,000 years.
However, experts can now say with certainty the tomb complex was originally constructed in A.D. 345, in the time of the Byzantine Emperor Constantine, 17 centuries ago, National Geographic reported.
Jerusalem’s Church of the Holy Sepulchre, where the limestone cave is located, had been partially destroyed and rebuilt throughout the centuries as a result of violent attacks, earthquakes and fires over the course of the city’s turbulent history.
The church was completely destroyed in A.D. 1009 and rebuilt, which had led to conventional academic thinking that it was unlikely the church could be identified as the same site consecrated by a Roman delegation in the third century.
But results of the modern-day scientific tests have put the date of the building of the cave far closer to the Roman consecration of the site in A.D. 325. A Roman temple was built at the site two centuries earlier, but according to historical record, this was later razed with excavations beneath showing the cave of the burial of Christ, now known as the Edicule.
The reopening of the crypt for the first time in centuries had already led to startling discoveries. Scientists were amazed to discover, beneath marble cladding that covered a1555 burial bed, a far older broken marble slab engraved with a cross.
Mortar samples recovered from the Edicule have given a range of insights into different periods of rebuilding. The fragments of plaster have shown remains of the southern wall of the cave were dated to between A.D. 335 and A.D.1570.
While the discovery has confirmed historical records relating to the fourth century, they cannot prove that Jesus of Nazareth was buried in the shrine. According to the New Testament, the Christian Messiah would have been laid to rest there in A.D. 30 to 33.