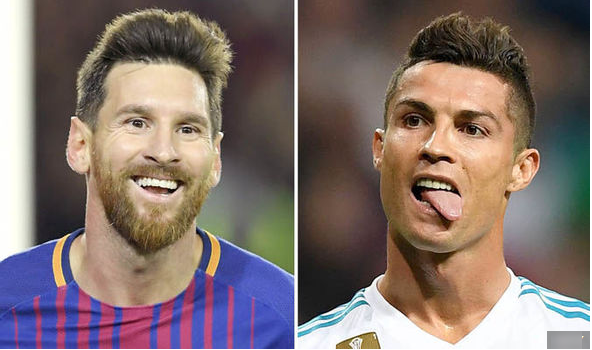 There seems to be genuine concern at the Bernabeu that their talisman is finished, with the 32-year-old approaching the twilight years of his career.

And Spanish website Don Balon claims that Lionel Messi thinks Ronaldo will never rediscover the form that has made him such a formidable opponent of the years.

Ronaldo won FIFA’s Player of the Year award last month for his exploits for Los Blancos last term, where he fired them to Spanish and European glory.

But the brutal fact is he has looked unworthy of that award based on this season’s performances. He has eight goals across all competitions but Madrid’s domestic plight has coupled with his own.

Barcelona already sit eight points clear of Real Madrid at the summit, with Valencia sandwiched in between. Don Balon say Messi also intends to up his game even further to beat Ronaldo to individual awards next season.

The 30-year-old supposedly reckons Ronaldo will be unable to match his own goalscoring exploits, with the Argentina international already having 12 for the current campaign.

But Barcelona’s performances as a team will no doubt determine what awards he scoops in 2018. FIFA’s awards, while intended to be reflective of individual performances, often take how an individual’s team has fared into consideration.

Messi was the one exception to the rule back in 2010, where he won the accolade despite Barcelona failing to retain the Champions League, losing out to Jose Mourinho’s Inter Milan.

Meanwhile, Barcelona captain Andres Iniesta has backed Messi to break more Barcelona records after making his 600th appearance for the club against Sevilla at the weekend.

“Messi’s 600th appearance? It’s a lot of games and it’s very difficult to reach a figure like that,” he said.

“But the 600 games are certainly far below what he’ll end up achieving and hopefully [more appearances] can be accompanied by more trophies.”