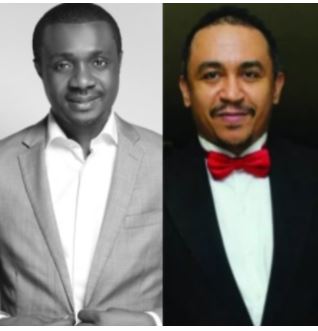 Yesterday, gospel act Nathaniel Bassey shared his views on the controverisal topic of paying tithes and according to him, he unapologetically believes in it.

In his response, the man who raised the subject and made it go viral on social media, Daddy Freeze wrote to Nathaniel saying;

Dear Nathaniel, Peace be upon you! The leader of the #FreeNation greets you and brings glad tidings.

I have two questions I’d like you to address.
1: why do you use emotions and raise sentiments, instead of using biblical facts to support your argument on tithing? Im sure a bible verse showing where OUR FIRST PASTORS, THE 12 DISCIPLES, COLLECTED TITHES would serve more to buttress our belief systems, than mere statements like “me I tithe o”

Secondly, you quoted Mal3:10 this verse was a commandment to the priests not to us and if you took time out to read Mal 3:12 that promises a Delightsome land as a reward for tithing, you will realize that there is a HUGE problem. 51% of the Nigerian population is Christian, more than the Muslim population at the last count. Look around you do you see a Delightsome land, despite the almost 100million Christians residing in Nigeria, a vast majority of whom are tithers?