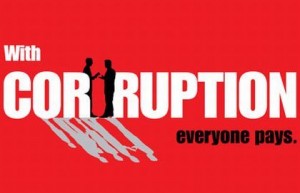 The Danish Ambassador to Nigeria, Torben Gettermann, on Tuesday said that it was important for Nigerians to understand that eradication of corruption would not happen overnight.

Gettermann said in Lagos that the fight to end corruption in any country would be gradual and continuous.

According to him, the fight to end corruption anywhere will require the understanding and commitment of the citizenry.

“I am not going to say that Denmark is the least corrupt country in the world, but we have, for five years now, been number one on that index.

Gettermann said that President Muhammadu Buhari’s efforts at fighting corruption would succeed with the determination of Nigerians to desist from corrupt practices in public and private engagements.

The ambassador commended the Federal Government’s commitment to creating the right environment for ease doing business.

He said that more Danish companies had indicated interest in doing business and increasing investment in Nigeria.

“The way the Nigerian Federal Government is currently focused and deliberately working at changing the way business is done is quite encouraging.

“We are really working at making more Danish companies export to the Nigerian market what Nigerians really need.

“We would like to see a trade balance between the two countries,’’ he said.