Deolu
The bitter taste of jungle justice has been meted out to an alleged burglar who made away with electricity cable in the South-eastern state of Anambra. 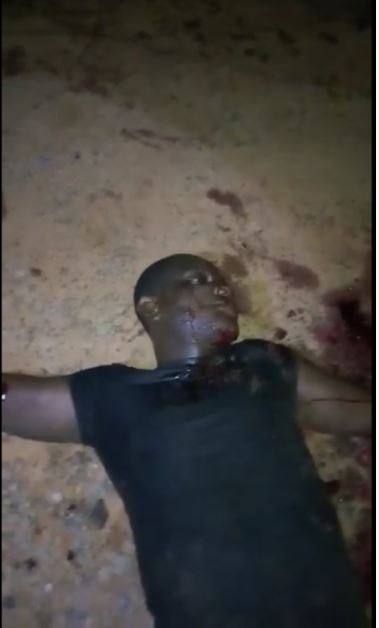 One Eze who was caught while vandalizing and hiding electrical cables installed by the current administration to restore power to Amichi, one of the Nnewi South LGA where there have been total blackout for many years confessed he was lured by his friend.
The suspect who identified himself as a native of Amesi, in Aguata local government area, named his colleague who hails from Ezinifite, the hometown of popular highlife musician, Oliver De Coque.
Mr Eze pleaded with those who caught him saying it was his first attempt. As seen in the video, they had already injured him in the leg to ensure he did not escape as they go in search of his accomplice.
Watch the video of the suspect singing like a bird below: