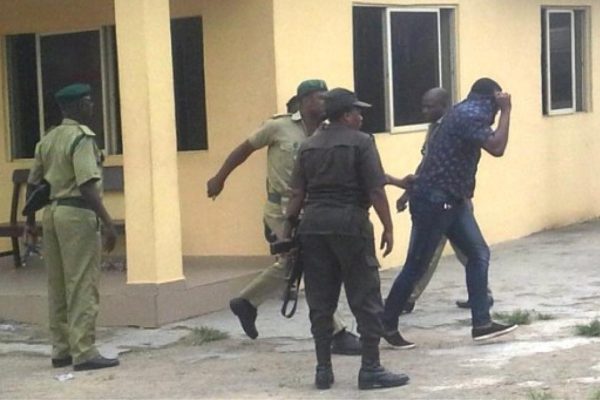 An Ikeja High Court sitting in Lagos has ordered the detention of a 37-year-old man, Agu Echezona Harrison for allegedly sexually violating his 6-year-old daughter between 2013, to 2015.

According to Adebayo Haroun, the prosecuting officer, the crime committed by Harrison who was arraigned on a one count charge of sexual assault is contrary to Sections 259 of the Criminal Law of Lagos State, 2011.

The charge against Harrison who committed the crime at No. 23 Rotimi Omotosho Street, Isheri, reads thus;

“Harrison did sexually assault a six-year-old girl (name withheld) by inserting his finger into her vagina.” 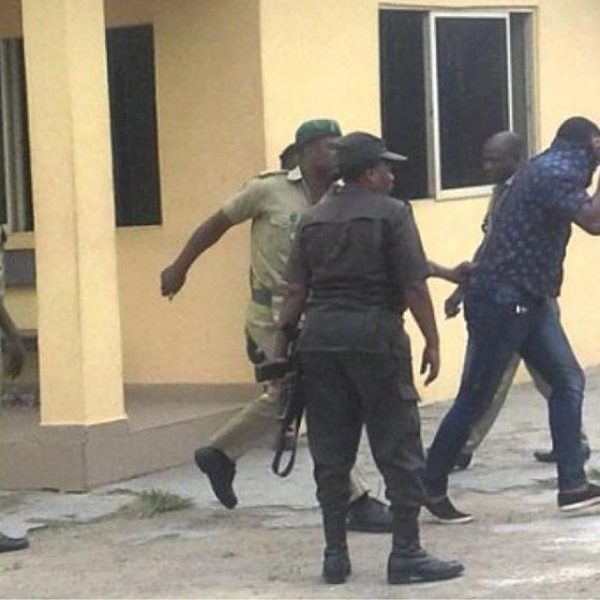 A confessional statement made by a woman Akukwe Priscilla, identified as Harrison’s wife revealed that the incident started in 2013 when she noticed an offensive odour oozing out of her daughter’s private part.

She said when she probed her daughter, she confessed that her dad had been inserting his finger in her vagina.

“When I heard that, I carried her along to the hospital for my son’s immunization, since my husband doesn’t allow me out of the house. I begged the nurses to examine her also and when they did, it was confirmed that someone has been touching her. When I confronted him, he denied it and I angrily went to his mother to report the matter. My mother-in-law told him to stop me from escalating the issue.
“After that, in December 2013, he raped my younger sister and also tried to deny it, not knowing I had taken my sister for a test at the hospital to check the drop of sperm found inside her. Since it was barely 24 hours the rape happened, I forced him to go for a test also and he did. The hospital confirmed it was a match with the one on my sister.
“He immediately started begging and prostrating that he was sorry. I had felt he was truly sorry, when in 2014 I started noticing same discharge from my daughter, but this time, with a thick discharge like catarrh from her vagina.
“I had to take her alone. I even had to show him our little girls stained pant so he could see the harm he was doing, but he paid no attention. I had to leave the house with my kids, which he later came fighting for custody, especially for my little girl.”

Without been remorseful, Harrison verbally attacked some journalists who were trying to get facts of the matter from the court. He said:

“I will sue you people if you write anything about me. It is a family affair and, therefore, none of your business.” .

He further went ahead to pour a sachet of pure water on a NAN reporter who tried to take his photograph.
After listening to the prosecutor, plaintiff and the defendant, the case was adjourned till November 20 for commencement of trial by the presiding judge Sedotan Ogunsanya.