Following the diss that started on social media after Ghanaian singer, Shatta Waleproclaimed that award winning Nigerian singer, Wizkid isn’t that much of a good artiste, there have been lots of reactions from both the artistes’ fans.

But not only the fans had a say in the whole saga though as fellow Nigerian artiste, Dammy Krane also had something to say but in a rather surprising twist, he chose the opposing side and Nigerians haven’t kept calm since then.

What’s rather bizarre too, is the fact that he dragged MAVIN act, Korede Bello into the whole drama and this has caused an uproar among fans.

Read some reactions below:

Dammy krane please are you always this stupid or are you making a special effort today?? I don’t really know what makes you foolish but it really works for you.

“Shatta wale don’t you know that wizkid 3D tattoo is brighter than your future?? With your kpomo lips! If stupidity could dance eh yours would have been better than Micheal Jackson….” 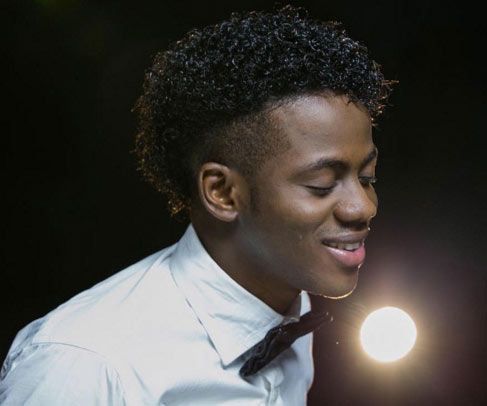 EFE AND JAYCUURB are more popular than this dammy krane self…Even wizkid wrist watch is brighter than his future💯✅…. Werey oloshi… See his face like IGBO FILM (PIRATED COPY) Ordinary thief self you no fit thief and suceed…mtcheeew… Jealousy go soon kee this guy”

Stanley Chinda wrote; “Aren’t you guys tired of these your nonsensical and inconsequential talks, on a daily basis? Is this how American superstars talk about each other and make noises? Even Michael Jackson didn’t talk about others, I’m yet to hear Beyonce Knowles or Jay-Z make noises like this oh.”

“What brought Korede inside d topic. Why didn’t u compare urself wit Don jazzy. Idiot. Dammy krane abi whatever u call urself, I hate all ur music. Your musics r so borrrrriiiiiiinnnnngggggg….”

“Hahaha Buh at least they have never experienced how prison looks like. Oga way sleep for prison because of fraud that wan na oga?

Owkee said “A drug Lord …Who was arrested in the UK for fraud😕if you had the opportunity to dine with the likes of their Chris Brown,future,drake,Riri,Justine sky and Nicky you’d jumped and touch the sky.

All I see here is jealousy. If your success doesn’t attract hate you’re not truely successful. Wizkid keep doing what you doing👍you’re a million times better than dammy Krane”

“I don’t even know that dammy Krane, I ve nt heard of him b4 but I know I’ve been hearing of wizkid and korede. Is dammy krane a celebrity or he is just looking for a cheap attention?”

“A rin fin.. How can you compare, incomparable wizkid is so far ahead than the whole Ghana as a country talkless of this idiot shatta who! Anyway Ghanaians are always envious of Nigerians both home and abroad..

Pls everyone just ignore that fraudster dammy krane, person that suppose they go meet wizkid every day for prayer..”

“Honestly i dont know dammy krane not until he was arrested for a stolen credit card to board a flight,dammy you should be ashamed of yourself as a star thief,a fraudstar claiming to be musician,if wizkid is not a superstar then who does…omo ale..BASTARD..”

“Its so funny to hear dat 22yrs koredo bello is 28😂😂😂 Do u want to make him d opposite of Regina Daniels age problem.

Dammy krane u haven’t even discovered ur talent yet n u are here looking for trouble of those who can buy ur internal organs all combined. Issoryt later dey will say wizkid like beef u never see anything o”

“It’s not funny, yahoo boy dammy Krane de make mouth, I talk am say all this obo groups are yahoo boys, them no get respect. Mr Krane, only Heba of kiss Daniel is better than your entire carrier, foolish idiots. Hahahah”