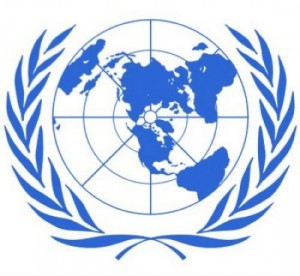 Four UN peacekeepers and a Malian soldier were killed in two attacks on peacekeepers in Mali on Friday, according to the UN officials.

Suspected jihadists attacked peacekeepers carrying out an operation with Malian defence forces in Indelimane, about 70 kilometers (43 miles) west of Menaka near the border with Niger, on Friday morning, the UN officials said.

Later Friday, another attack was carried out against a UN convoy north of Douentza in the Mopti region, the officials said.

The UN mission in Mali and UN officials in New York said peacekeepers repelled the Friday morning attack in Indelimane but three peacekeepers from Niger and one Malian soldier were killed, and about 17 soldiers and one civilian working for the UN were injured.

The UN mission reported that at least three assailants were also killed.

The mission in Mali evacuated the injured and dispatched a quick reaction force supported by attack helicopters to Indelimane to reinforce the peacekeepers on the ground, the UN said.

In the second attack near Douentza, the UN mission said peacekeepers engaged the assailants in heavy fighting that involved rocket launchers.

One peacekeeper was killed and three others were seriously injured, the mission said.

A 2012 uprising prompted mutinous soldiers to overthrow Mali’s president of a decade. The power vacuum that was created ultimately led to an Islamic insurgency and a French-led war that ousted the jihadists from power in 2013. But insurgents remain active in the region.

The UN Security Council condemned the first attack in Indelimane in the strongest terms and called on Mali’s government to swiftly investigate and bring the perpetrators to justice. Council members also underlined that attacks targeting peacekeepers may constitute war crimes, and any involvement could lead to UN sanctions.

The council expressed concern at the security situation in Mali and the broader Sahel region and urged Malian parties to fully implement a 2015 peace agreement “without further delay”.

Members said actions by the 5,000-strong force being formed by five Sahel nations Mali, Niger, Burkina Faso, Mauritania and Chad to fight terrorist and criminal groups will contribute to “a more secure environment” in the region.

The more than 11,000-strong UN peacekeeping mission in Mali has become the most dangerous in the world for soldiers as Islamic militants routinely attack UN peacekeepers and convoys across the north.

As of October, there had been 146 fatalities since the mission was established in 2013, according to UN peacekeeping data.