Ghanaian musician, Cassiel Wuta-Offei jailed in London for possession of a knife

Ghanaian musician, Cassiel Wuta-Offei has been sentenced to six months imprisonment for being in possession of an offensive weapon in London. 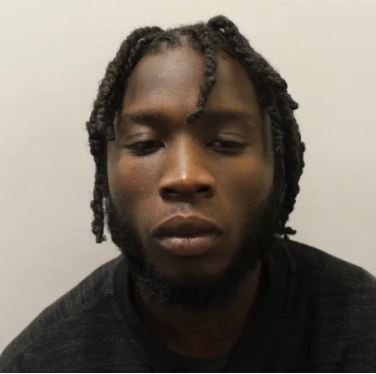 The 25-year old artist was sentenced to six months imprisonment at Camberwell Magistrates Court on Friday, 20th October for being in possession of a knife.

Wuta-Offei, also known as ‘Scribz’, was stopped by police near Brixton Hill on September 18, 2017 and was arrested for being in possession of a pointed/bladed weapon.  He appeared at Camberwell Magistrates Court on Thursday, 19 October where he entered a guilty plea and was sentenced the following day to six months imprisonment.

Detective Sergeant Chris Heathcote of Lambeth’s Gang and Priority Offenders Unit said: “we take knife crime very seriously and this is reflected in the custodial sentence handed down by the court.”

Share
Facebook
Twitter
WhatsApp
Previous articleExtremely curvy news anchor gets attacked for dressing provocatively and she claps back in viral video (photos/video)
Next articleDear Wyclef, your tribute to ‘Fela Kuti’ is a total disaster!
- Advertisement -