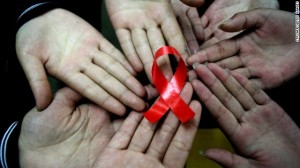 An estimation of 200,000 people have been confirmed to be living with HIV in Oyo State by the Director General, National Agency for the Control of AIDS, Dr. Sani Aliyu.

He said this on Tuesday in Ibadan during a courtesy call on Governor Abiola Ajimobi of Oyo State at the executive council chamber of the governor’s office.

The News Agency of Nigeria reports that the delegation led by Aliyu, included representatives of relevant international donor and funding agencies such as WHO.

Aliyu stated that only 16,000 out of the estimated 200, 000 persons living with HIV in the state were undergoing treatment.

“We also have issues with the number of new infections recorded,’’ he said.

The NACA boss stated that 10,000 pregnant women in Oyo State were living with HIV, adding that about 50 people contract HIV in the state on a daily basis.

He stated that the state had a considerable figure in terms of new infections, commending the state government for running one of the best programmes on HIV/AIDS.

Aliyu said that there were 1,060,000 people living with HIV in Nigeria, out of which only five per cent were currently on treatment courtesy of the Nigerian government.

Responding, Ajimobi assured the delegation of his administration’s readiness to partner them to bring the figure of infected people to a barest minimum if not totally eradicated.

Ajimobi, who was represented by his deputy, Chief Moses Adeyemo, said his administration would support the donor agencies with funds and human capital towards the eradication in the state.