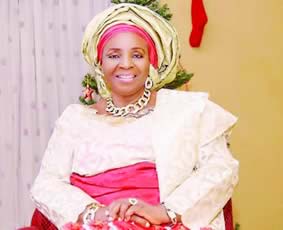 The mother of the National Chairman of the Labour Party, Dr Mike Omotosho, have been abducted, with the kidnappers demanding N100m ransom for the release of the septuagenarian.

The victim was abducted by four gunmen at her house on Lobalade Street, Tanke, Ilorin, Kwara State, around 8pm on Sunday.

It was  gathered on Wednesday from a family source that the gang reached out to the family and demanded N100m ransom.

The source said, “When mama (Elizabeth) was kidnapped on Sunday night, they went away without leaving behind anything with which we could reach them. But they have reached out to us and demanded that N100m should be paid to them as ransom”

The Kwara State Police Public Relations Officer, Mr. Akayi Okasanmi, in a telephone interview with our correspondent, said he was unaware of the N100m ransom demand.

He, however, said the police, in collaboration with other security agencies, were on the trail of the abductors to ensure the safe release of the victim.

He explained that the command was also working with a rescue team established by the Inspector-General of Police, Mr. Ibrahim Idris, to ensure the safe return of Elizabeth.

Meanwhile, many leaders and delegates of the Labour Party in Kwara State held inter-faith prayer sessions for the release of the victim.

He said, “We strongly appeal to the abductors to, in the name of Almighty Allah, kindly release the old woman to join her family.

“Our national chairman has never been in government. He is somebody who has been assisting individuals and the less privileged. We believe that the Almighty God will shine his eyes on him.

“We are pleading with the abductors that the woman should be returned safely to her family without any ransom. They should consider Mike’s philanthropic gestures at state and even national levels.”