Every person who has sexually assaulted a woman or man in Hollywood will probably be shaking in their boots now as more alleged predators are being exposed – and there are so many of them. 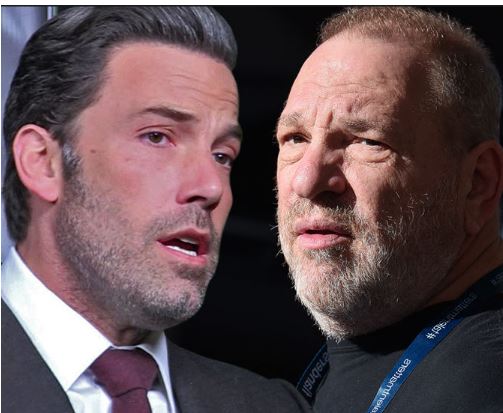 Ever since Harvey Weinstein was accused of sexual harassment by multiple women, more men have been outed. Some of them sexually assaulted women while some, like Kevin Spacey, were accused of sexually harassing men.

LIB compiled a list of all the famous men accused of sexual harassment and assault. See them below.

1. Harvey Weinstein: The media mogul and co-founder of Weinstein Co. was the first one accused of sexual misconduct. Over 56 women have come forward to accuse him of sexual assault dating back to the 70s when he was just in his 20s. These women are from different continents and different generations. Two of his alleged victims, Ms. Exiner d’Amore and Ms Cynthia Burr, who are now in their 60s (both 62), say he sexually assaulted them when they were in their 20s in the 1970s.

Weinstein’s brother, Bob Weinstein is also being investigated by Spike network following reports of sexual harassment though he has denied it through his lawyer. The allegations against Weinsten set off a ripple effect, empowering people who say they also were victims to come forward with stories of abuse by people in power. 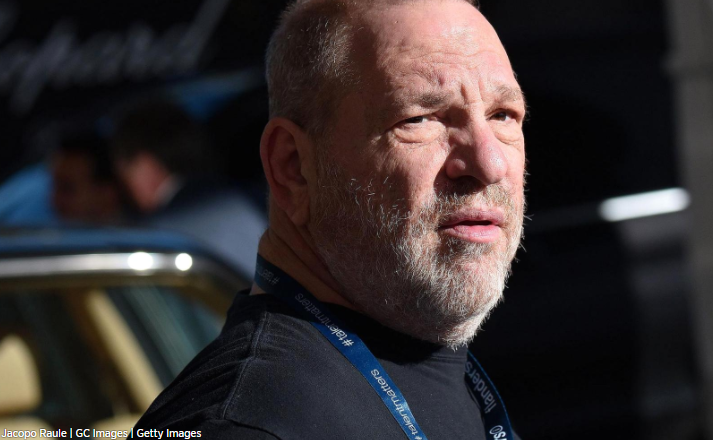 2. Terry Richardson: Is a famous fashion photographer who has worked with people like Beyonce, Kim Kardashian, Rihanna and more. Richardson has been dogged for years by allegations of misconduct during photo shoots . A lot of his models have accused him of sexual harassment and those who know him say he boasts about his conquests.

In 2014 lots of odels complained. A stylist accused the New York photographer of sexual assault in 2014, saying she had been invited to a shoot at his home and told to reveal her breasts. He then went on to press his d*** into the side of her face.

“He pressed it to my lips. He clearly wanted a blow job and wanted it documented on camera,” the stylist wrote in 2014.

But the 52-year-old defended his actions, saying the explicit acts were part of “exploring sexuality”. After the Weinstein scandal, Richardson, who works with a host of major magazines was barred from working with those magazines.

Staff at Conde Nast International, the publisher behind Vogue, GQ, Glamour and Vanity Fair, were told to stop working with Terry Richardson. 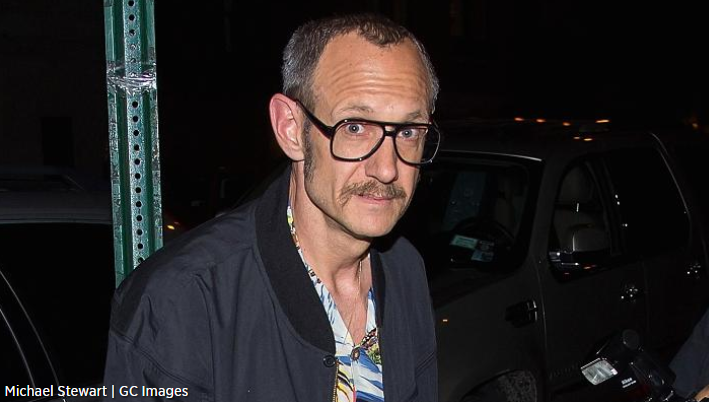 3. Kevin Spacey: Actor Kevin Spacey is being accused by a number of men of sexual assault. Actor Anthony Rapp was the first to accuse him. Then US filmmaker Tony Montana also came out to claim he was groped by the actor in a Los Angeles bar in 2003. He says he was left with PTSD for six months after Spacey “forcefully” grabbed his crotch.

Mexican actor Roberto Cavazos, who acted in several plays at the theatre, claims Spacey “routinely preyed” on young male actors. Following the allegations, Netflix halted production of the drama series, House of Cards in which Spacey plays the lead character. 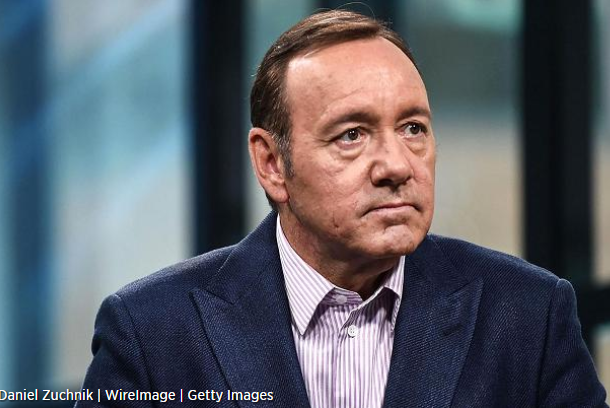 4. Brett Ratner: Six women have accused Hollywood filmmaker Brett Ratner of sexual harassment or misconduct. The women include The Newsroom actress Olivia Munn and Natasha Henstridge, who appeared in Species and The Whole Ten Yards. Henstridge claimed she had been forced into a sex act with Ratner as a teenager.

Ratner’s lawyer “categorically” denied all of the accusations on his behalf. He then proceeded to file a libel case against a woman who accused him on Facebook of rape more than 10 years ago. Ratner has been dropped by the movie studio Warner Bros since the allegations came to light. 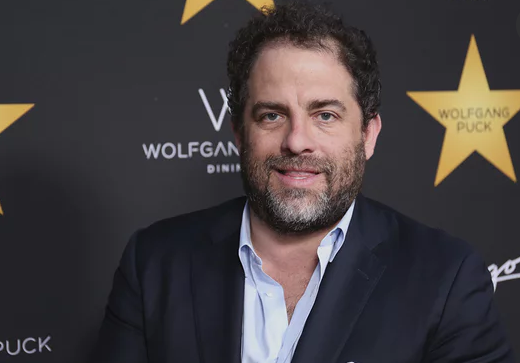 5. Dustin Hoffman: The Oscar-winning actor has been accused of sexually harassing an intern on the set of one of his films in 1985. 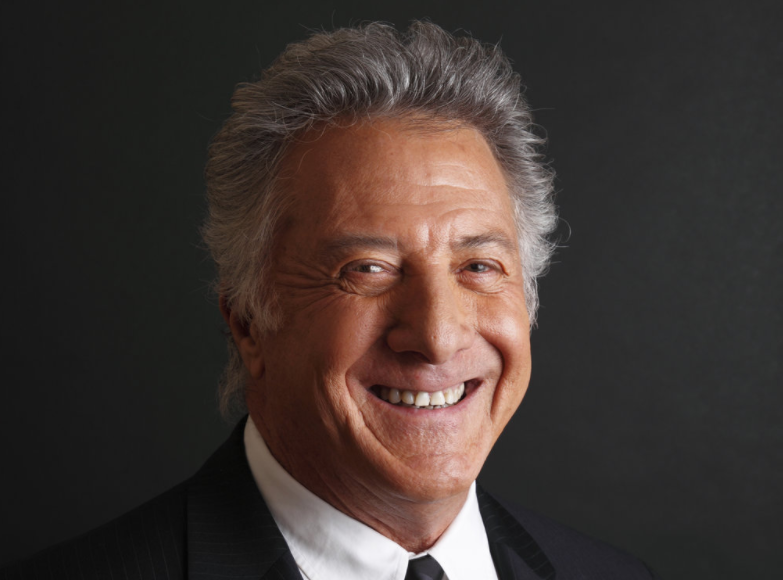 6. Michael Oreskes: Senior news editor, Michael Oreskes, who has worked for the Associated Press and the New York Times, was accused of kissing female colleagues without their consent during business meetings.

The 63-year-old has resigned following the accusations. He was asked to step down by the National Public Radio (NPR) network in response to the allegations. He has previously worked for the Associated Press and the New York Times. 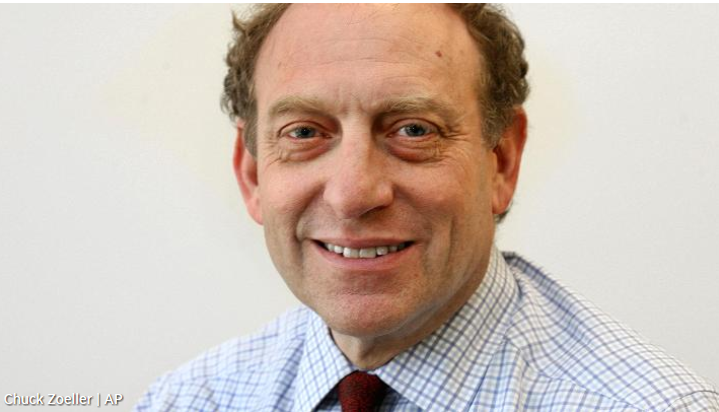 7. Leon Wieseltier: Leon Wieseltier is a former editor at The New Republic. He has been accused of sexual harassment by several women who once worked at the magazine.

Some of the women said Wieseltier kissed them on the mouth; others said he shared details of his sex life and asked about their own intimate relations, according to a New York Times report released October 24. Wieseltier apologised in an emailed statement to the Times.

The prominent editor had planned to unveil a new magazine, backed by the Emerson Collective, this week. However, the organization, which was founded and is run by investor and philanthropist Laurene Powell Jobs, decided to terminate the project following the allegations. 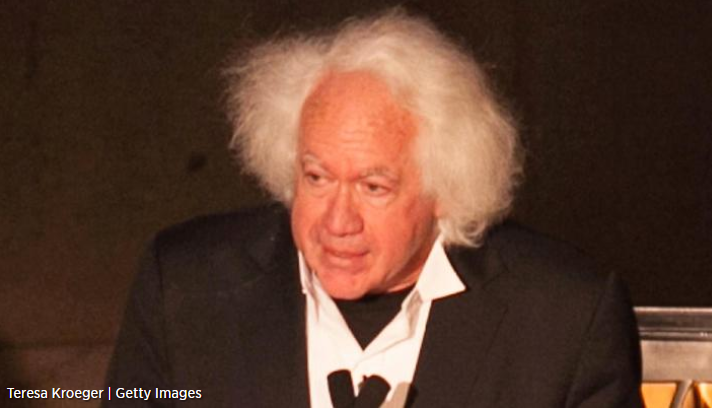 8. Mark Halperin: Veteran journalist and political analyst, Mark Halperin has been accused of sexually harassing five women while working at ABC, according to a CNN report published last week.

He apologised for his conduct and has now been fired from his job at NBC News and MSNBC. 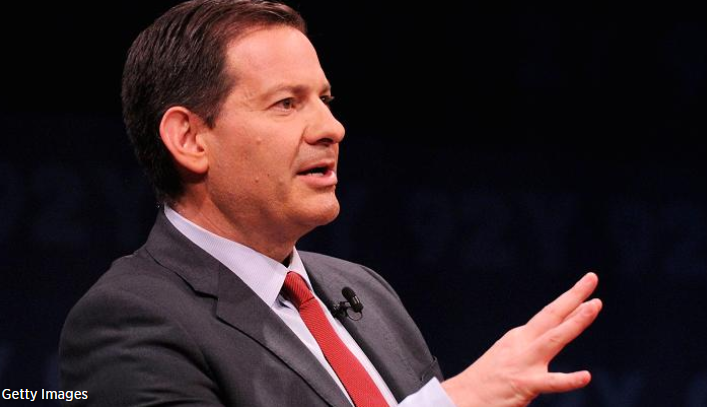 9. Roy Price: Amazon Studios chief, Roy Price was accused by producer Isa Hackett of making lewd comments toward her and propositioning her while she was promoting the show, “The Man in the High Castle” in 2015.

Following the allegations, Price was placed on a leave of absence for five days before he resigned on Oct. 17. 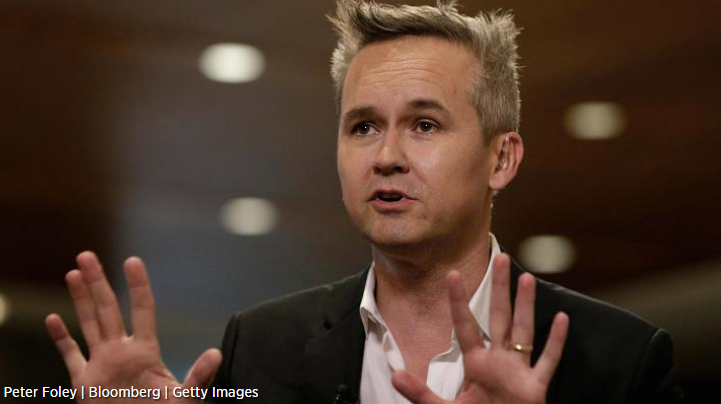 Afterwards, several other women have accused the technology evangelist of assault. Scoble apologised but said “each of the women who have come forward used grains of truth to sell false narrative.”

In the wake of the allegations, he resigned on October 22 from the Transformation Group, an augmented reality consulting firm he co-founded. 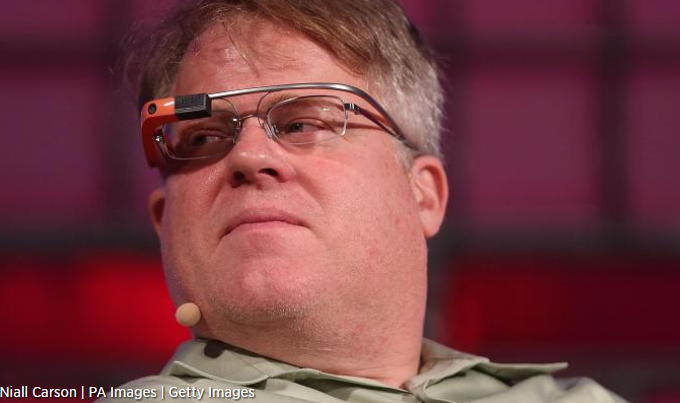 11. Chris Savino: Nickelodeon producer, Chris Savino has been accused of sexual harassment by up to 12 women.

Savino reportedly engaged in unwanted sexual advances, explicit text messages, threats of industry blacklisting after the end of consensual relationships with co-workers, and offers of work in exchange for sexual favors, according to a report on the website Cartoon Brew.

On Facebook, Savino wrote on Oct. 23 that he’s “deeply sorry” and “ashamed” that his words and actions “created an uncomfortable environment,” which he says was unintentional.

Nickelodeon said on October 19 that Savino’s employment has been terminated. 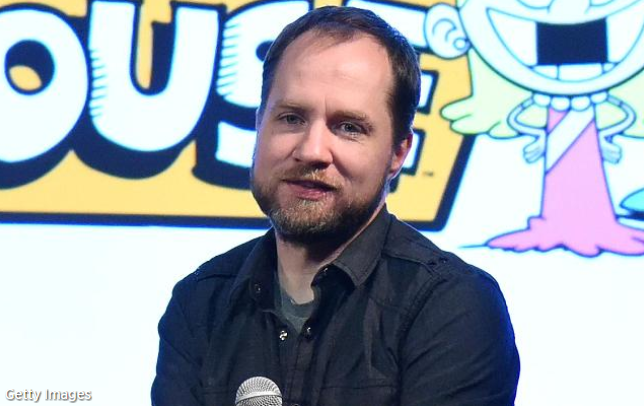 Vox Media said that “Lock admitted engaging in conduct that is inconsistent with our core values”. Steele’s employment has since been terminated. 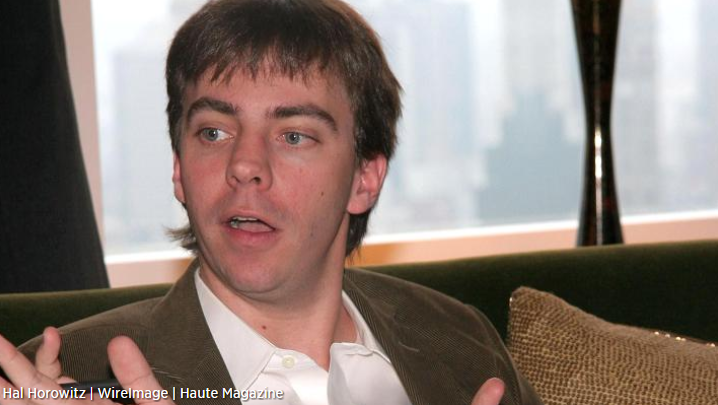 13. Gavin Baker: He is a former well-known stockpicker at the mutual-fund giant Fidelity Investments. Female employees of the company complained to superiors about harassment by Baker and he was fired last month for it though he denies the allegations. 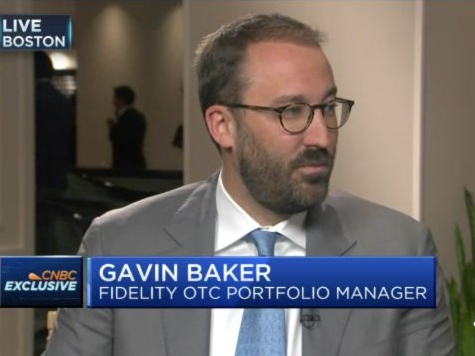 14. John Besh: New Orleans celebrity chef John Besh was accused by 25 current and former female employees of fostering an environment that encourages sexual harassment, according to an investigation published the weekend of Oct. 20 by The Times-Picayune and NOLA.com.

The accounts included inappropriate touching and comments by several of the company’s male employees and managers, some of whom tried to leverage their power for sex. Besh apologised for his actions.

He wrote in a statement: “Two years ago, I deeply hurt those I love by thoughtlessly engaging in a consensual relationship with one member of my team… . (I) sincerely apologize to anyone past and present who has worked for me who found my behavior as unacceptable as I do”.

Following the allegations, Besh stepped down from the company he founded on October 23. 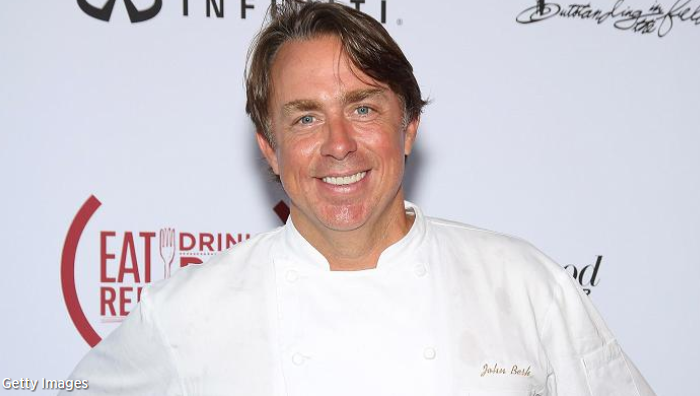 15. James Toback: Hollywood director and screenwriter, James Toback has been accused by over 235 women of sexual assault.

On October 22, The Los Angeles Times reported that more than 35 women accused Toback of sexual harassment. Toback told the Times that he had not met any of the accusers, or that if he did, it “was for five minutes and (I) have no recollection.”

Within two days of publication, 200 additional women contacted the paper, recalling similar encounters with Toback, the Times reported. Toback’s agent, Jeff Berg, has now terminated his relationship with the filmmaker following the accusations. 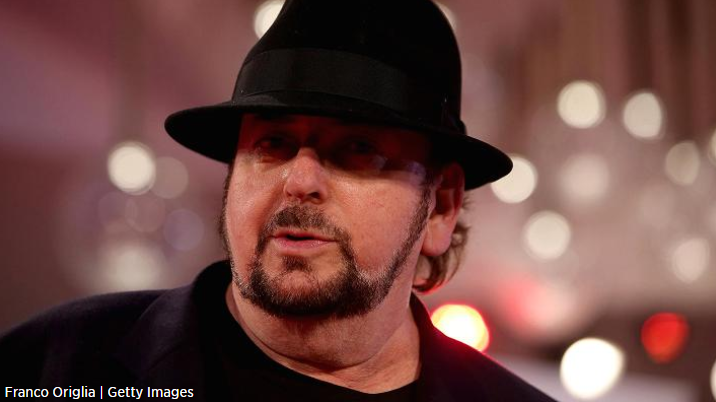 16. Andy Signore: He is Defy Media’s senior vice president of content, He is the creator of Screen Junkies and the “Honest Trailers” parodies. He was accused of sexual harassment by YouTuber April Dawn, in addition to former intern Emma Bowers.

Defy Media fired Signore on October 8 because of the allegations. 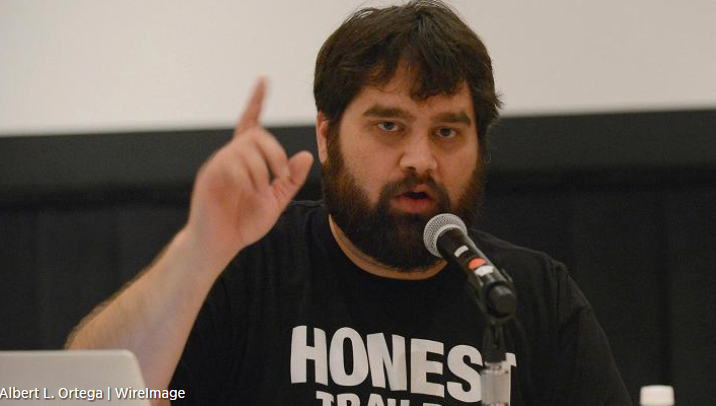 Despite the allegations in January, Rupert Murdoch and his sons, James and Lachlan, senior executives at 21st Century Fox, decided to keep O’Reilly as host. But O’Reilly subsequently lost his job in April. His talent agency, United Talent Agency, dropped him as a client on October 23, according to The Hollywood Reporter. 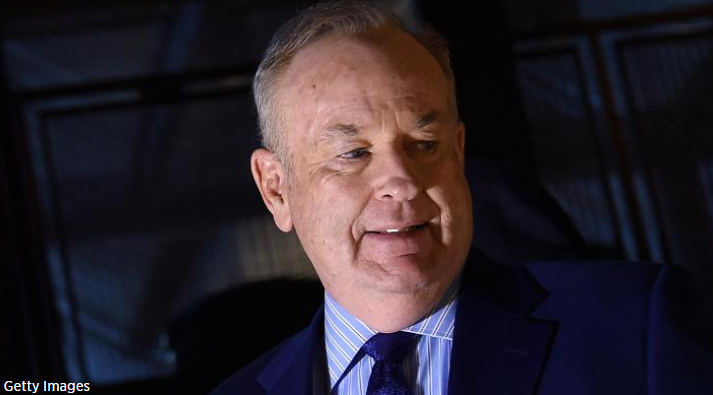 18. Ben Affleck: The Batman actor was accused by various women of sexual harassment.

Shortly after the Weinstein scandal, Affleck, who is his protege, condemned his actions but it backfired as women who Affleck have assaulted came out to remind him of it.  Actress Hilarie Burton reminded him of the time he groped her on live TV in 2003. 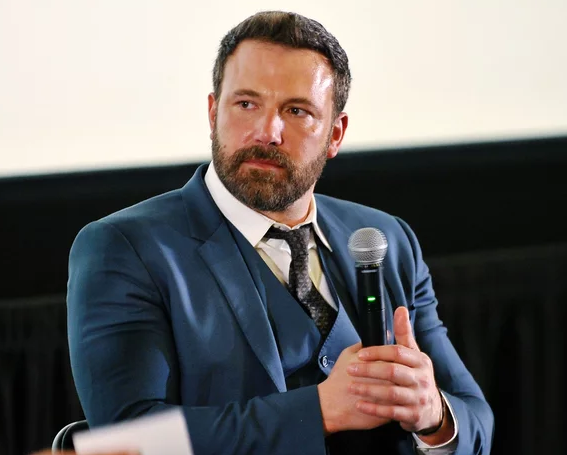 19. George H. W. Bush: Five women have made allegations against former US President, George H.W. Bush, saying he groped them. Actress Heather Lind accused Bush Sr of sexual assault. The actress said he grabbed her butt while sitting on his wheelchair and told her a dirty joke.

Novelist Christina Baker Kline came forward on Oct. 26 with allegations that former President George H.W. Bush had groped her during a photo op in 2014. She said she was at a 2014 fundraiser organized by Barbara Bush in Houston when she and her husband stood next to George H.W. Bush and he told her a dirty joke then grabbed her butt. She says more women have contacted her with similar stories.

“This has been happening for decades,” says Kline. 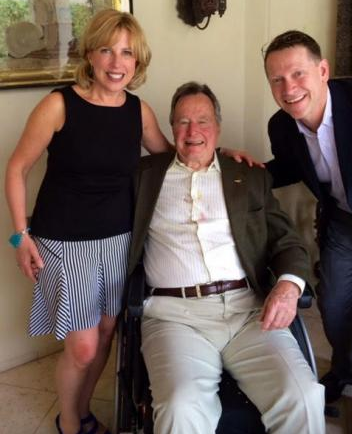 Kline, her husband, and Bush with his hand close to her butt

The women who have been groped by Bush claim he makes a joke first before groping them.

“Do you want to know who my favorite magician is?” he’ll say, then answer, “David Cop-a-Feel!” as he grabs the women’s butt.

Bush, 93, apologized through a spokesman “to anyone he has offended”. Meanwhile, his daughter-in-law, former First Lady Laura Bush called incidents in which her father-in-law, George H.W. Bush, allegedly groped women “very innocent.”

Laura Bush told CNN: “I’m just sad we’ve come to this. That was something that was very, very innocent that he’s been accused of. But I know he would feel terrible. He would never hurt anybody.”

Critics of the women accusing Bush have defended the former president on the grounds of his age and mental status. 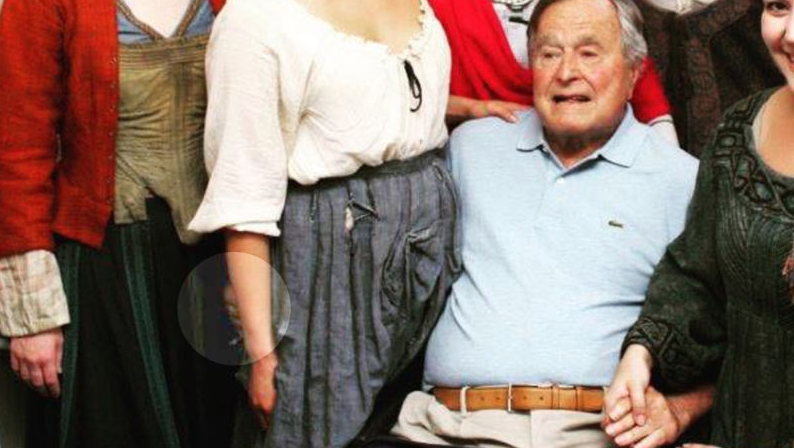 20. Andrew Kramer: The Lionsgate executive, Andrew Kramer has been accused of sexual harassment by a former assistant. He has since been dropped.

21. Eli Wiesel: The Nobel Prize-winning author and human-rights advocate has been accused of groping a 19-year-old in 1989. Wiesel passed away in 2016 and is thus unable to confirm or deny the account.

22. Tyler Grasham: The Hollywood agent, has been accused of sexual assault and sodomy by actor Tyler Cornell, who has also filed a police report. Grasham has since been fired by his agency, ACA.