Deolu
A former Kano State High Court judge has been arrested and detained by security operatives for allegedly defrauding a businessman N220 million. 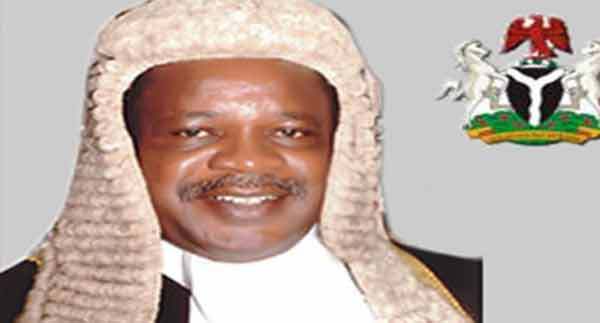 The Independent Corrupt Practices and Other Related Offences Commission (ICPC) said it had arrested a former Kano State High Court Judge, Justice Kabiru Auta, for an alleged N220 million fraud.
Spokesperson of the commission, Mrs Rasheedat Okoduwa, disclosed this in a statement on Wednesday.
Okoduwa said the suspect was detained on Tuesday when he honoured an invitation by the commission over allegations of criminal conspiracy, cheating and forgery.
Auta, according to her, allegedly conspired with some other persons to defraud a Kano businessman named Alhaji Bashir Yakasai of N220 million.
“The matter was referred to the commission after it had been reported to the National Judicial Council which had constituted a committee to investigate the allegations.
“The amount involved had been fraudulently obtained from Yakasai by Auta and his accomplice, Bashir Sufi, on the pretext that they were acting on behalf of the former Chief Justice of Nigeria, Hon. Justice Aloma Mukhtar.
“Auta in his statement to the Commission disclosed that he made a part repayment of N20 million to Yakasai during the course of the matter,” she said.
Okoduwa said the suspect was released on administrative bail, while further investigation into the matter was ongoing.