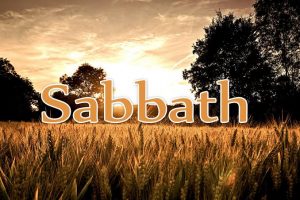 An ultra-Orthodox minister in Israeli Prime Minister Benjamin Netanyahu’s coalition government quit on Sunday in a dispute over work on the Sabbath, the Jewish day of rest.

But a spokesman for health minister Yaakov Litzman told AFP that his United Torah Judaism party would remain in the ruling alliance “at this stage”, preserving Netanyahu’s slim parliamentary majority at least for the time being.

Similar disputes have caused Israeli coalition crises in the past, but Netanyahu was reportedly seeking ways to prevent further fallout.

“I resign from my cabinet position as health minister,” Litzman wrote in his resignation letter, a copy of which was sent to AFP.

“The decision follows the public works conducted on the Sabbath by Israel Railways,” he added.

“I cannot bear ministerial responsibility for the severe harm to one of the eternal values of the Jewish people, which is the Sabbath.”

Litzman will retain his seat in parliament.

The dispute is over railway maintenance work, which is less disruptive to travellers on the Sabbath, when no trains run.

The national rail company says some Sabbath work is necessary in the interests of public safety and to avoid congestion on roads.

Litzman said, “To my regret Israel Railways has lately made the Sabbath day national maintenance day,” he told Israeli army radio after handing in his resignation to the cabinet secretary.

“It unnecessarily does all its rail maintenance work on the Sabbath,” he said.

Netanyahu had reportedly been seeking to persuade Litzman not to resign by offering backing for various measures the health minister and his supporters favour.

They control 13 seats in Netanyahu’s coalition, which has 66 out of 120 seats in parliament.

They demand strict adherence to Jewish law, particularly on the Sabbath, when no work is allowed. Electricity must not be turned on or off and engines must not be operated between sunset on Friday and sunset Saturday.