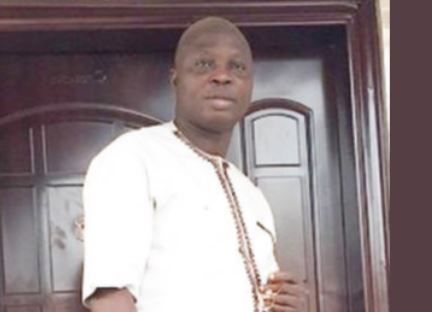 Comic actor, Bolaji Amusan, aka Mr. Latin, has explained what motivated him to go back to school despite shooting to stardom.

Thirty-five years after he completed his secondary school education, he is now an undergraduate at the National Open University of Nigeria, where he is studying Peace and Conflict Resolution.

He told Sunday Scoop that if he had been well educated, he would have gone far in the entertainment industry.

“John Okafor and others are fantastic actors and comedians, but they are not better than us. They are just fortunate to be speaking a universally-accepted language and they are all graduates too. So, if I can add a little bit of education to my profile, I believe I will go places. That has been my determination and I am working towards it,” he stated.

He went ahead to say that regardless of all that  King Sunny Ade and King Wasiu Ayinde Marshal, aka KWAM 1,  have achieved, the likes of Davido and Wizkid still have an edge over them.

“The younger artistes sing with English Language even though they still add the local dialect. It means people in other countries will relate with their music better. Whether we like it or not, the truth is that Yoruba language is limited to a small set of people.”

According to Mr. Latin, most of his friends are now in high places in the government and other sectors, arguing that he might be called upon to work in any capacity some day.

He added, “So, I don’t know what will happen tomorrow. I may be fortunate to venture into politics or I may be fortunate to have a friend in the Presidency, who is passionate about the theatre and thinks I can be of help. But if I don’t have a certificate to back it up, I will not be able to do it.

“I know it is not easy combining acting and schooling, but I try to make both work. It is all about having a scale of preference and using your time well. I work during the day and I study at night. I make use of the Internet well too.”

He stated that he had realised that without education, one’s achievement would be limited, saying provided one was ambitious, there was a need to seek knowledge.

He added, “Gani Adams went back to school and it has paid off. Same thing applies to Odunlade Adekola. I just implore everyone to add education to whatever we do so that people will appreciate us better.”

On why it took him 35 years to realise the importance of education, he said, “I came from a very poor background. My mother sold ogi (pap) while my father was a hunter. They could not afford to send me to the university. I had to work hard to get to where I am today. Now that I can eat two times in a day, I can afford to send myself to school too.”