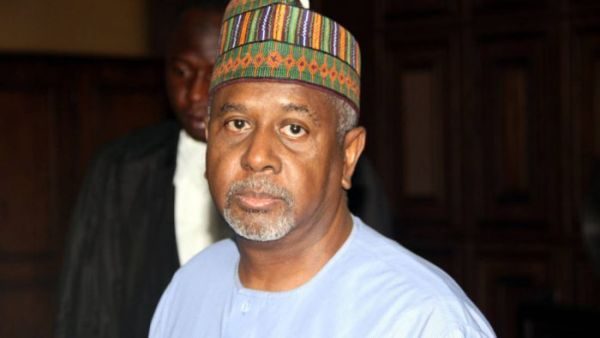 The detained former National Security Adviser, Sambo Dasuki on Friday told a Federal High Court in Abuja that he would not be able to remember if the sum of N400m paid to a former National Publicity Secretary of the Peoples Democratic Party, Olisa Metuh, in 2014, was for the provision of security services.

Metuh and his company, Destra Investments Limited were dragged to court by the Economic and Financial Crimes Commission who had alleged in some of the seven counts preferred that the ex-PDP spokesperson fraudulently received the sum of N400m from ONSA without any justification and spent same on the party and personal affairs.

According to Punch, Dasuki who is Metuh’s eighth defence witness, while fielding questions under cross-examination by the counsel prosecuting Metuh on behalf of the Economic and Financial Crimes Commission, Mr. Sylvanus Tahir had said he couldn’t confirm payment of the N400m to Metuh or the purpose it was meant for as he had no access to NSA records.

The ex-NSA, who was earlier led in evidence-in-chief by Metuh’s lawyer, Dr. Onyechi Ikpeazu (SAN).

Dasuki also said he could not remember if the ONSA under his watch had relations with Destra Investments Limited, the company, through which Metuh allegedly received the N400m from ONSA in 2014.

When shown and asked to confirm the content of the e-payment mandate earlier tendered as exhibit in the case and on which his name and signature appeared, authorising the payment of N400m, Dasuki said, “My name has been typed out there.”

Asked to read out the purpose of the payment as contained in the “e-payment mandate”, the ex-NSA said, ” the purpose of payment: payment for security services.”

Then the prosecuting counsel, asked, “What services did the company, Destra Investments Limited, the second defendant render to entitle the company, the payment of N400m.”
In response, the Dasuki said, “If you want an answer, I still have to refer to my records.

“It would be useful for the counsel to make himself familiar with the NSA Act.”

The witness was also shown Exhibit D1, which was a letter from Diamond Bank in response to a request by EFCC.

When asked to read the narrative in a document attached to the letter, Dasuki said, “I have seen in the document that was produced, exhibit D1, that there is an entry that purports that payment from ONSA in the sum of N400m into the account of Destra Investment Limited.”

Dasuki has concluded his testimony and has been discharged by the court.
The case was adjourned until December 4 to entertain the defence’s next witness, billed to be former President Goodluck Jonathan.