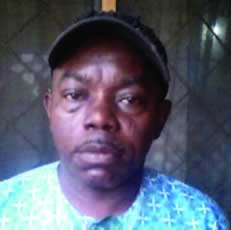 A journalist who was working with the Anambra Broadcasting Service, identified as Mr. Ikechukwu Onubogu, was found dead in his home town, Obosi in Idemili North Local Government Area of Anambra State, four days after he was declared missing.

The cause of his death was unknown as of the time of filing the report on Friday, Southern City News gathered that the late Onubogu, a cameraman, who was at home with his wife, was said to have received a phone call in the afternoon of November 12 to cover an event.

A source, who pleaded anonymity, said the deceased, after answering the call, took his camera and left his home, near Aroma Junction in Awka but never returned.

His remains had been deposited at the Amaku Teaching Hospital in Awka.

The deceased’s remains were reportedly discovered by men of the Nigerian Police Force at Obosi, near Onitsha.

In a statement on Friday, the Managing Director of ABS, Mr. Uche Nworah, described the late Onubogu as “a peace loving man that you would never expect that anybody would want to harm him.”

Nworah said, “The horrific death of our beloved and hardworking staff, Onuhogu, has thrown the entire ABS family into mourning.

“He was dedicated to his job and would do anything to capture images that will help viewers to make meaning of every developing story.

“We will sorely miss him. We cannot speculate at this time the circumstances leading to his death as the police is already working hard to unravel what happened. Our thoughts remain with his family, particularly his wife, who recently gave birth.”

The ABS MD said Onubogu’s death was a reminder of the dangers journalists face in Africa, in the course of discharging this professional responsibilities.

The managing director urged friends, colleagues and associates of the late Onubogu to remember the family in their prayers in this difficult time.

Confirming the incident, the state Police Public Relations Officer, Nkeiru Nwode, while commiserating with the family, assured the public that the police would uncover Onobogu’s killers.

Nwode said, “The police have commenced investigation into the circumstances surrounding the death; we assure the public that no stone would be left unturned, until the perpetrators are brought to justice.”