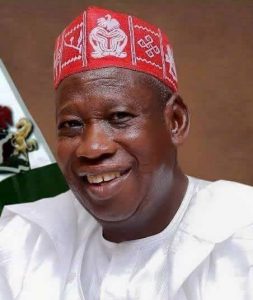 A 28-member committee has been constituted by the Kano State Government headed by Sule Yahaya Hamma, to articulate the state’s position on restructuring and “true federalism.”

Governor Abdullahi Ganduje, while inaugurating the committee at the Government House in Kano, explained that the panel “is mandated to generate ideas and recommendations, which reflect the views and common aspirations of the people of Kano on the ongoing discussions on restructuring and amendment to the constitution.”

He added that it would make appropriate recommendations to the state government on 13 areas, including system of government, type of legislature, federal structure, power sharing and rotation, devolution of power, revenue allocation formula and land tenure system.

Other areas are state police, resource control and derivation principle, independent candidacy, state creation and the place of traditional institutions.

The committee, according to the governor, will also “collate, analyse and derive guidance from views and recommendations contained in previous reports submitted to the Kano State Government that are relevant to the foregoing subject matter.”