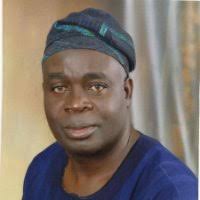 The Kwara State Chairman of the Peoples Democratic Party, Iyiola Oyedepo, and the youth wing of the party have demanded that a former Governor of Kwara State and the incumbent Senator, representing Kwara North, Shaaba Lafiagi, be recalled from the Senate.

According to them, the killing of three persons and injuries sustained by several others during a protest penultimate Saturday indicated that the Senator was poorly representing the people.

About 300 youths of Lafiagi had blocked the Senator, who was en route to Lafiagi from Ilorin with his associates, to protest the non-completion of a culvert near Sodo River along Lafiagi Road.

Following military resistance to the protest, a part of Lafiagi’s residence was burnt down, leading to three deaths.

Oyedepo, during a media briefing in Ilorin, Kwara State, said it was sad and undemocratic that the former governor allegedly invited the military into a civil matter.

He said Lafiagi should be recalled.

The PDP youth leader in the state, Haliru Mahmud, in a statement, also described the deaths and injuries as sad.

He said, “The youth wing of the PDP, Kwara State chapter, received with a heavy heart (news of) the killing of three promising young men in the Edu Local Government Area by the Nigerian Army under the instructions of the Senator representing Kwara North Senatorial District, Alhaji Sha’aba Lafiagi.

“It is very unfortunate that the Nigerian Army, whose constitutional responsibilities are to protect lives and property and defend the territorial integrity of Nigeria against external aggression, allows itself to be used by a civilian to kill and maim those he derived power from to become a senator.

“This gross abuse of power is not only barbaric, undemocratic, irresponsible, condemnable and unacceptable, but has further exposed the desperation of the APC-led Kwara State government to forcibly perpetuate itself in power, despite its inability to deliver democratic dividends to Kwarans.”

But the Deputy Director, Public Relations, 2 Division, Ibadan, Nigerian Army, Col Ezindu Idima, had said soldiers were not involved in the shooting.

Idima said, “The shooting had already taken place before our soldiers were deployed when the situation was getting out of hands.