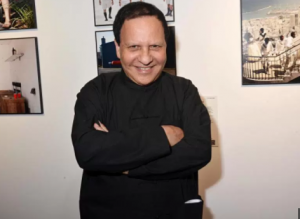 Legendary fashion designer, Azzedine Alaïa, has been confirmed dead, according to reports, he died on Saturday in Paris at the age of 82 after suffering a heart attack.

Late Azzedine was known as a sculptor of the female form, and worn by women from Michelle Obama to Lady Gaga.

Alaïa was equally famous for his rejection of the fashion system and his belief that it had corrupted the creative power of what could be an art form. Instead he built his own system, and family of supporters, and since the turn of the millennium had become an increasingly important voice for the value of striving to perfect and explore a single proprietary aesthetic, and against giving in to the relentless pressure to produce collections.

He is survived by his partner, the painter Christoph von Weyhe; and nieces and nephews.