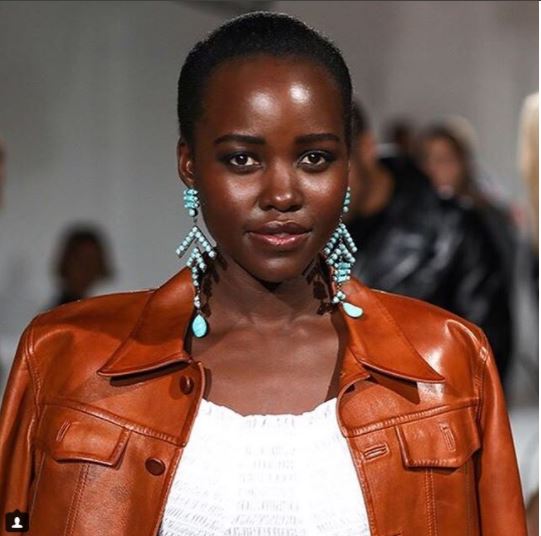 Popular Hollywood actress and kenyan, Lupita Nyongo has taken to her Instagram page to slam Grazia UK magazine for editing her photos to make her appear light skin.
The actress who frowned at the action stressed the importance of embracing her natural heritage and eschew any false impression created by the magazine publishers who tried to propagate the notion that light skin is better than dark skin.
See the photo below…
Lupita wrote: “As I have made clear so often in the past with every fiber of my being, I embrace my natural heritage and despite having grown up thinking light skin and straight, silky hair were the standards of beauty, I now know that my dark skin and kinky, coily hair are beautiful too. Being featured on the cover of a magazine fulfills me as it is an opportunity to show other dark, kinky-haired people, and particularly our children, that they are beautiful just the way they are. 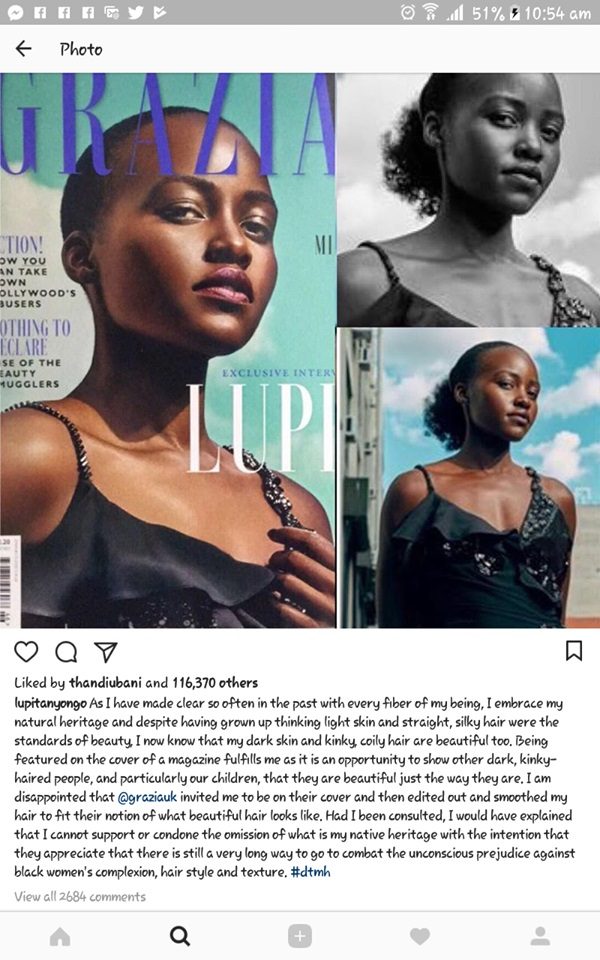 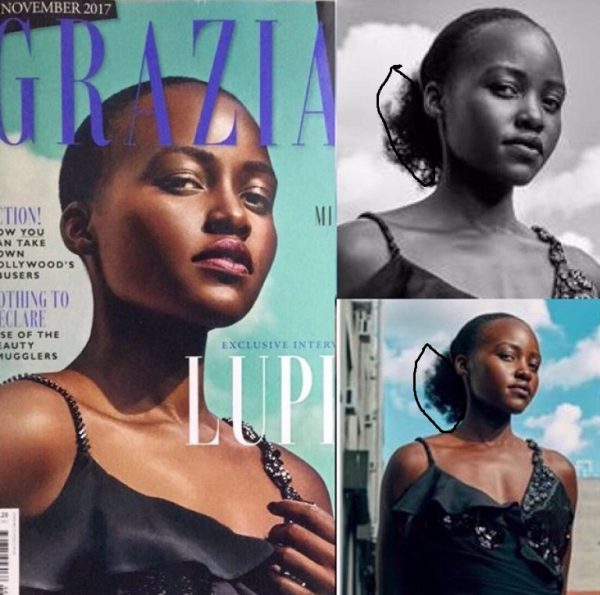 I am disappointed that @graziauk invited me to be on their cover and then edited out and smoothed my hair to fit their notion of what beautiful hair looks like. Had I been consulted, I would have explained that I cannot support or condone the omission of what is my native heritage with the intention that they appreciate that there is still a very long way to go to combat the unconscious prejudice against black women’s complexion, hair style and texture. #dtmh.”
Source – Kemifilani