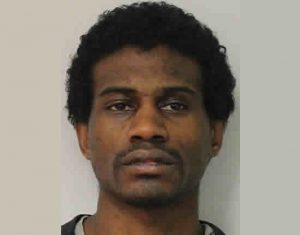 A sexual predator who dragged a woman from the street to drug and rape her in her own flat has been jailed after he used her contactless bank card in McDonald’s.

Daniel Wallace, 33, followed his victim, aged in her 20s, to her home in Canonbury, north London, in the early hours of the morning after she had been out with friends.

A court heard he was carrying a “rape kit” of lubricants, the drug GHB and Viagra, to carry out the sickening attack before raiding her flat and taking possessions, including her bank card.

His victim remembers little from the horrifying attack apart from lying on her sofa unable to move and attempting to push an unknown man off her.

On the morning of 11 September last year, the victim woke up naked in bed with injuries to her body and reported the terrifying attack to police.

The victim found property belonging to herself and her flatmates had been stolen by Wallace before he left.

CCTV inside the restaurant showed that the rapist was in the company of an unknown male and female and had used the card to buy a selection of meals.

When Wallace, of Bethnal Green, was arrested on November 30, 2016 he had the bank card on him.

He still denied rape and burglary but was convicted by a jury at Blackfriars Crown Court and on Monday, Wallace was sentenced to 12 years behind bars.

Detective Constable Colin Hutton, the investigating officer from Met’s Child Abuse and Sexual Offences Command, said: “Wallace is a dangerous sexual predator who preyed on a vulnerable woman as she made her way home after enjoying an evening out with friends.

“He then drugged and raped her in her own home and then proceeded to burgle the property while she was passed out cold as a result of the GHB he gave her.

“The items found on Wallace upon his arrest show the preparations he had taken to carry out this attack and indicates that he may have been planning to carry out similar offences in the future.

“I would like to praise the victim’s courage for reporting this heinous crime to us and for helping us to put Wallace behind bars and off London’s streets.

“I hope today’s sentence will give the victim some measure of closure and comfort.”