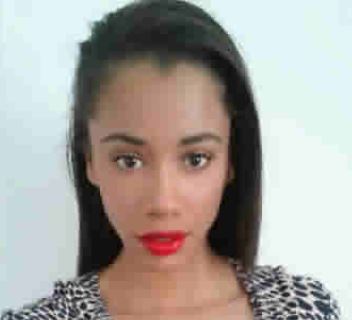 Jan Zakobielski, 27, is the man behind the Cinderella Escorts site, which has become notorious for selling the virginity of women as young as 18.

The site shot to worldwide fame in 2016 when it auctioned off Alexandra Khefren, an 18-year-old Romanian model who sold her virginity for £2m to an unnamed businessman from Hong Kong.

It hit the headlines again last month when Brit student Jasmin, 20, said she would be taking part in a seedy auction in order to fund her studies.

Also, Stacey, 24, from Nigeria, said she wanted to fund her studies.

And just last week, a teenage model sparked outrage by selling her virginity for a whopping £2m in a bidding war that involved a Hollywood star.

Giselle, 19, was offered the staggering sum from a businessman in Abu Dhabi. There are another three girls on the site hoping to make a quick buck – and people are not happy about it.

Writing on Facebook, one concerned user said: “A woman’s dignity is one of the most precious and valuable things, which should only go in the hands of deserving men.

“Women are not for sale. I wish they could find a decent job in order to pay their debts.”

Another added: “Shame on the website. I hope someone shows these girls the right path.”

Others were quick to blast the girls listed, with one saying: “Wish some women would have more dignity.  There’s a guy that will love them; but instead, they’re looking for easy money. Sad.”

Another added: “Disgusting. Do what my daughters did – work two jobs to get themselves through university. I couldn’t be prouder.”

But others argued it is a personal choice. “These girls should be applauded,” one said.

“Most people give their virginity to someone they regret, why not cash in if these men are willing to pay?”

Mr. Zakobielski said there were 50 Brit girls applying to get on the site. But he said at least 80% would not pass the “extensive” psychological tests.

The millionaire boss, who runs the site from his bedroom, said: “No one makes these young women do anything they don’t want to do. They have their own minds and their own opinions on sexuality.

“There is a whole process before we accept them. We reject girls where we feel that someone else is behind it and they do not want to sell their virginity on their own.

“Also, the girls need to visit a psychologist before a meeting. If they do not give us a certificate that tells us they have no mental problems, then we do not allow any meeting.”

He also said the girls could cancel the meeting at any point if they feel uncomfortable or if the customer is “unkempt.”

The company books a hotel room and accompanies the girls to the “date.”

Those who want to pay to take one of the girls’ virginity have to agree to a 40 per cent upfront deposit, with the outstanding balance given to the girls on the day of sex in cash.

The girls are also required to prove they are virgins with a medical exam.