Home News Feed Native Doctor Takes His Girlfriend To Swimming Pool
Facebook
Twitter
WhatsApp
A young Nigerian native doctor has shown the world that servants of the gods in the 21st century also make out time to have fun with their loved ones as he goes on a swimming pool treat with his girlfriend. 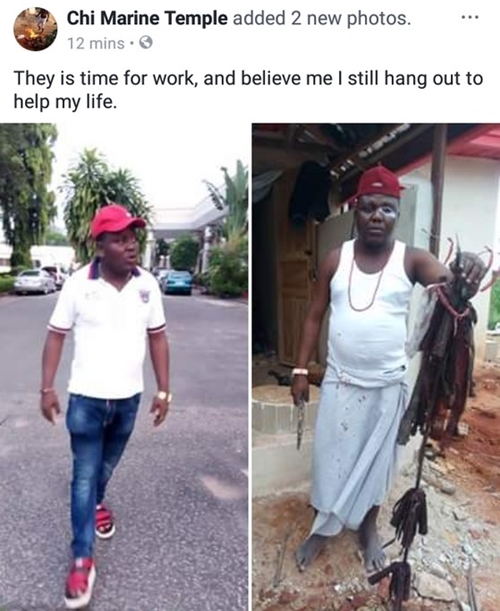 A young Nigerian native doctor identified as Chi Marine Temple, has taken to his Facebook page to share some photos of a romantic getaway he just had with his pretty girlfriend.
The young man who disclosed that he does not believe in having only one girlfriend, also said that time has passed when people think that native doctors don’t use ACs in their houses as he showed-off one of his girlfriends while having fun with her in a swimming pool.
In a post on Facebook he wrote; ‘She is my for now I don’t believe in one love many are coming with special arrangement with the gods, don’t ask much the materials is there’.
See more of his post we culled from Facebook below; 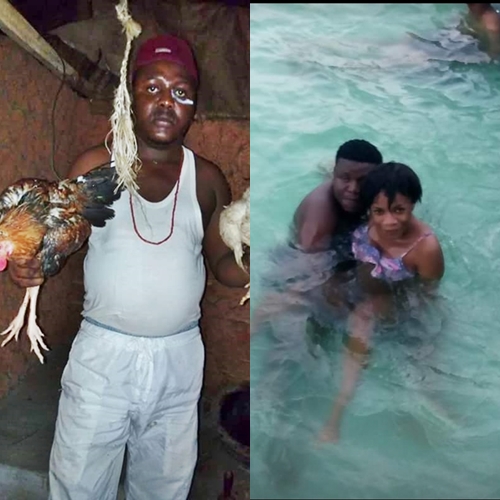 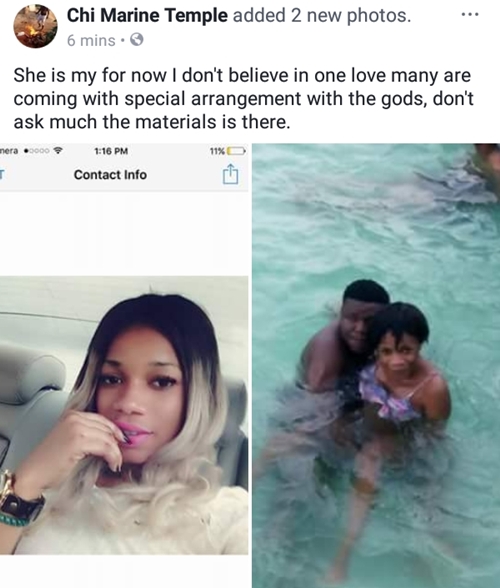 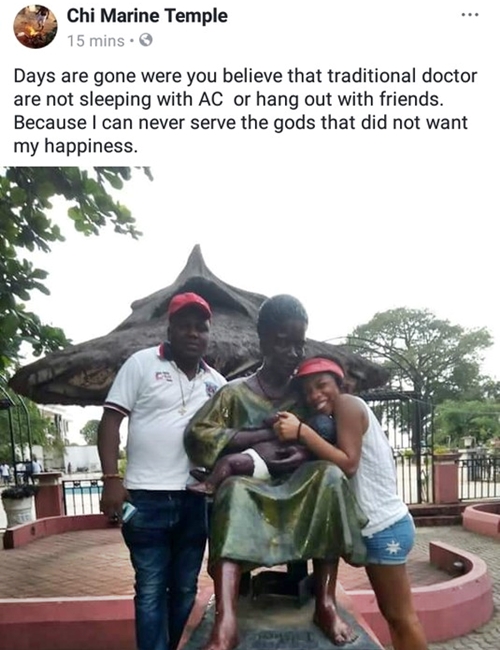