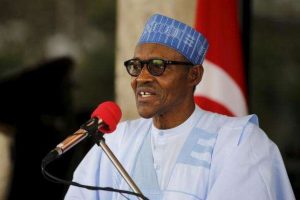 The President said apart from saving $500m in the Sovereign Wealth Fund and investing another $500m in the SWF, the country’s external reserve presently stands at $35bn, the highest in the past four years.

According to him, the Federal Government has saved about N18bn within one year after the establishment of an Efficiency Unit under the Federal Ministry of Finance in early 2016 to reduce wastage, plug leakages and foster greater fiscal transparency

The President  was represented by Vice-President Yemi Osinbajo (SAN),who  stated this on Saturday in Jos, during the graduation of 66 participants in the 2017 Senior Executive Course 39 of the National Institute for Policy and Strategic Studies in Kuru.

He said, “For the first time in five years, we saved $500m, and invested another $500m in the Sovereign Wealth Fund. Today, our external reserves stand at $35bn, the highest in the past four years. Today, we can see light at the end of the tunnel; darkness is giving way to light.”

He added that the Presidency stopped the siphoning of funds through ghost workers by insisting that all Ministries, Departments and Agencies must be on the Integrated Payroll and Personnel Information System in all tiers of government and mandated the use of Bank Verification Numbers.

He said over 461 federal MDAs had been captured on the system thus far, with the objective of being able to enroll all of them.