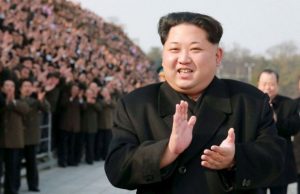 North Korea on Sunday warned Donald Trump against making “reckless remarks” as the US president began a marathon Asian tour dominated by the nuclear threat from Pyongyang.

Ruling party newspaper Rodong Sinmun said Americans were pressing for the president’s early impeachment because tough remarks by a “spiritually instable” Trump could bring about “nuclear disaster to the US mainland”.

After arriving in Tokyo on Sunday, Trump warned that “no dictator” should underestimate the United States, in a thinly veiled reference to North Korea.

Trump, who will also visit South Korea this week, has been engaged in an escalating war of words with the North’s leader Kim Jong-Un, trading threats and personal insults.

In his maiden address to the UN General Assembly, he threatened to “totally destroy” the North if it attacked the US or its allies.

But the president has not come to his senses and instead is “seriously stimulating the DPRK (North Korea) by making foolish remarks”, the paper said in a commentary carried by the KCNA state news agency.

“If the US misjudges the DPRK’s toughest will and dares to act recklessly, the latter will be compelled to deal a resolute and merciless punishment upon the former with the mobilisation of all forces,” it added.

Tensions are high after the North’s sixth and most powerful nuclear test in September, along with a series of ballistic missile launches in recent months. The North says it now has the ability to launch nuclear strikes on the US mainland.