Home News Feed Nurses Reveal The Last Words Of People Before They Die
Facebook
Twitter
WhatsApp
Some nurses who take care of persons who are about dying, have opened up on some of the things they said before passing away. 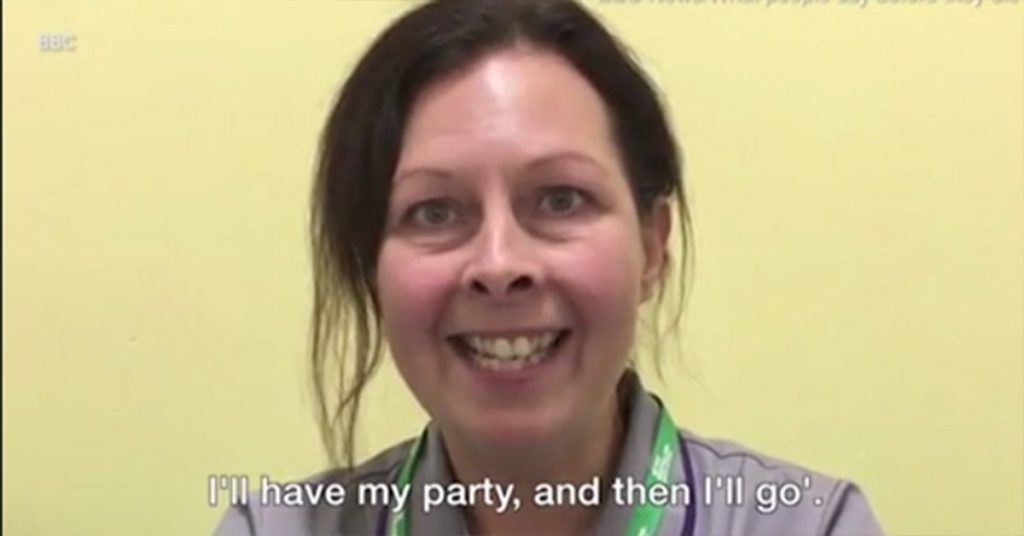 Macmillan nurses in London – who care for the terminally ill – have revealed some of the moving things their patients have told them at the end of their lives, BBC reports.
The nurses revealed that some patients asked to see pets for the last time, others simply wanted a cup of tea.
One nurse, at the Royal Stoke University Hospital in Stoke-on-Trent, Staffordshire, said a couple who were both being given palliative care once asked for their beds to be pushed together so they could hold hands.
They then died within 10 days of each other.
The nurses opened up about the final few minutes of life for a special video for BBC News titled What do people say before they die?
Many of the women featured said they took part to prove it is possible to have a ‘good death’ and people shouldn’t be afraid of passing on.
Nurse Dani Jervis said in the moving film: ‘We do get people that would like their favourite tipple.
‘One person said life is too short, do the things that you want, do the things that make you happy,’ she said.
Another nurse, Louise Massey, said: ‘To see the joy on someone’s face when they’re dying when their dogs been in to see them is priceless.’
‘One thing that was said to me quite recently was about the dying process and he said it wasn’t like the movies and what you see on the TV,’ Carina Lowe said.
Nurse Jervis added: ‘I think there is such a thing as a good death and I think communication is key. ‘If there is something that you want to do, go for it.’