Deolu
A nursing mother as well two other persons have been nabbed after they were found out to have teamed up to break into shops and steal in Ekiti. 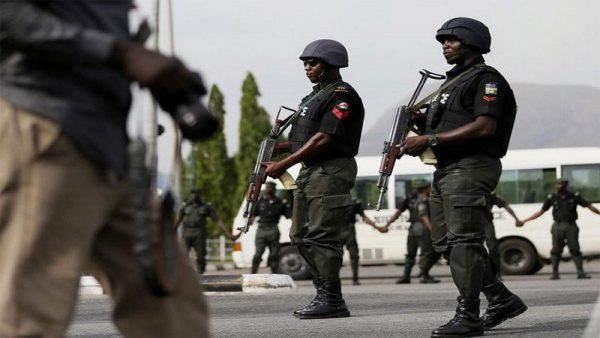 Funke Arowolo, a nursing mother, and two others were on Monday arraigned before an Ado-Ekiti Magistrate’s Court over alleged burglary and stealing.
According to The Nation, Arowolo (18) was docked alongside Seun Adedayo (19) and Sunday Ojo (31) whose addresses are unknown allegedly broke into a shop and stole variety of items and cash.
The accused persons are facing charges of burglary and stealing.
The prosecutor, Oriyomi Akinwale, told the Court that the defendants committed the offence on October 30 at about 11: 30pm at Igbehin Odotu area in Ado-Ekiti.
He alleged that the two men and a nursing mother with her baby broke into the shop of one Mrs Okelola Bosede, and stole Recharge cards of different network valued at N2,400, five packs of Omo clean soap valued at N750 and cash sum of N9,500.
He also alleged that the defendants also broke into the warehouse / store of one Mr Babatunde Suraju and stole one pack of plastic Maltina and wooden saving box containing cash of N50,000.
He said the offence contravened Section 390 (9) of the Criminal Code Cap C16 Laws of Ekiti State 2012.
The prosecutor urged the Court to adjourn the case to enable him study the file and assemble his witnesses.
The defendants pleaded not guilty.
Counsel to the defendants, Mr Emmanuel Sunmonu, urged the Court to grant them bail and promised that they would not jump bail.
The Magistrate, Mrs Omolola Akosile, granted the defendants bail in the sum of N10, 000 each with one surety in like sum, and adjourned the case until November 8 for hearing.