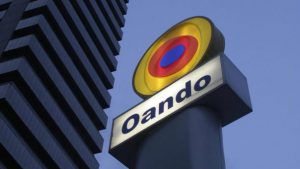 A case filed by Oando PLC against the Securities and Exchange Commission (SEC) has been striked out the Federal High Court sitting in Lagos seeking to stop SEC from conducting a forensic audit on the company and also lift a technical suspension placed on its shares.

The presiding judge, Mohammed Aikawa, on Thursday struck out the case on the grounds that the court lacked jurisdiction over the matter. He advised Oando to take its case to the Investment and Securities Tribunal (IST).

The ruling was consequent to a preliminary objection filed by counsel to SEC, George Uwechue, SAN.

In his ruling, the judge said, “I hold that the subject matter of this issue falls within the exclusive jurisdiction of the Investment and Securities Tribunal (IST) and not this court.”

“In addressing this issue, I find the provisions of the Investment and Securities Act 2007 quite instructive.

“It is not in dispute that the matter before me is a dispute between capital market operators.”

According to the judge, “the duty of the court is to apply the law”.

“The proper place for this matter to go is IST. I therefore strike out this matter,” the judge ruled.

Reacting to the ruling, the counsel to SEC, George Uwechue, said, “We brought a notice of preliminary objection stating that this court has no jurisdiction to hear capital market matters because there is a special tribunal set up for it. And the court agreed with us. So the court upheld our preliminary objection and therefore struck out the application.”

Oando approached the Federal High Court to obtain an order to stop the suspension of its shares and an impending forensic audit after SEC, on October 18, directed the Nigerian Stock Exchange (NSE) to place the shares of Oando Plc on full suspension for 48 hours and on technical suspension from October 20.

The suspension, according to SEC, was to enable it conduct a forensic audit into the affairs of Oando Plc following petitions and protests by some aggrieved shareholders leading to a directive by the House of Representatives Committee on Capital Market to issue a directive to the regulator to investigate the grievances.

SEC explained in a statement in October that it carried out a comprehensive review of the petitions and found a breach of the provisions of the Investments & Securities Act 2007; breach of the SEC Code of Corporate Governance for Public Companies; suspected insider dealing; suspected related party transactions not conducted at arm’s length and discrepancies in the shareholding structure of Oando Plc, among others.

SEC, in the memo said these findings were weighty and therefore needed to be further investigated.

“The commission’s primary role as apex regulator of the Nigerian capital market is to regulate the market and protect the investing public. The commission notes that the above findings are weighty and therefore needs to be further investigated. After due consideration, the commission believes that it is necessary to conduct a forensic audit into the affairs of Oando Plc. This is pursuant to the statutory duties of the Commission as provided in section 13(k), (n), (r) and (aa) of the ISA 2017.

“To ensure the independence and transparency of the exercise, the forensic audit shall be conducted by a consortium of experts made up of auditors, lawyers, stockbrokers and registrars,” the regulator had stated.

Oando’s shares were also suspended by the Johannesburg Stock Exchange (JSE) in October.