Deolu
Pastor Enoch Adeboye of the Redeemed Christian Church of God has come under severe criticism after he was seen on tape begging his members to donate N1billion. 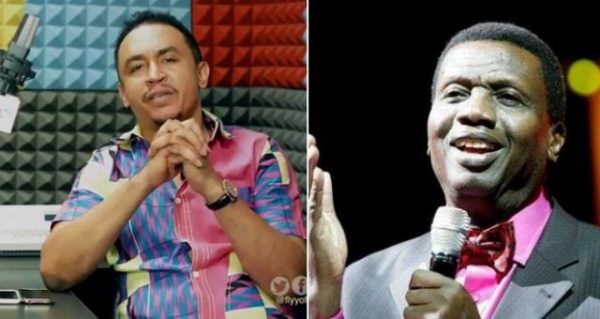 Controversial OAP, DaddyFreeze has attacked the General Overseer of the Redeemed Christian Church of God, Pastor Enoch Adeboye after a video of the man of God appeared online in which he was reportedly seen begging members of his church for N1 billion.
In his usual manner, DaddyFreeze mocked the man of God asking where all the billions the church has been generating over the years went to.
DaddyFreeze wrote: “E ku ise Oluwa!
–
Billion Naira gang 🙄
–
Is the special announcement only for the billionaires? Did Jesus segregate the believers according to their spending power?
–

If I may ask, where did all the billions and hundred millions go to? Did it go into building free hospitals or free schools or factories where workers can work or was it just swallowed by ‘church expenses’ or was it geared towards building more churches, something we already have much more than enough?
–
When Moses realized that there was more than enough offering to finish the temple, he instructed the Israelites to STOP bringing their offering.. Are we ever going to finish temple building, or is this a perpetual process in Nigeria?
–
I hope this billion Naira offering was shared equally among all the believers as practiced by the disciples in Acts chapter 4?”
Watch video below:

Watch video of Pastor Adeboye asking members to donate N1 billion.
What do you think? Right or wrong? pic.twitter.com/pYDE2Cq7hU