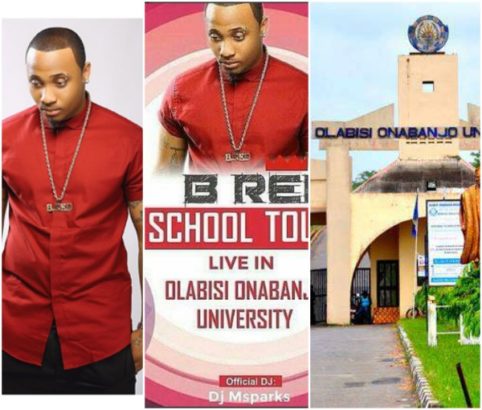 Nigerian Singer, B-Red who is currently on campus tour have been accused of showing up to collect his money for his show and refusing to perform.

According to Instagram user, @Classicdrock, the singer charged them N1,000 for the show at Olabisi Onabanjo University, even when it was meant to be free. Here’s what he wrote; 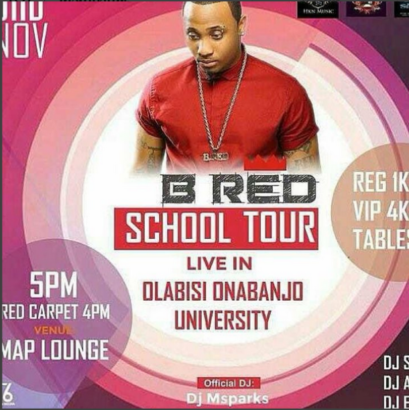 “@bredhkn U claim to be on campus tour, stating u are coming live to OOu Friday Nov.3, after students have purchased tickets (1000naira/head) , u showed up your yellow self just to come collect the money without performing, meanwhile u claim it was a campus tour which could have even be free but wasn’t so, and all you could do at the end was to scam oouites.. Now i see why some artists need to be stoned to death if they fuckup.”

“@bredhkn ,U are the worst Artist I have ever seen! After u had lighten the hearts of oouites all u could do is to scam them.. Collecting money for tickets/tables and drove off. Its better u stop the trash campus tour u claimed to be doing.. University of Ibadan should not fall for this mofos trick, claiming he is on campus tour.“