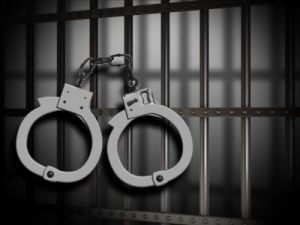 The Oyo State Police Command has arrested an Islamic cleric and two others for being in possession of two fresh human heads and legs.

The Commissioner of Police, Abiodun Odude, presented the suspects to newsmen in Ibadan on Wednesday.

Odude said that the suspects confessed to have severed the body parts from corpses at a Muslim cemetery in Isale General Area, Ogbomoso.

He said the suspects were arrested by the Special Anti-Robbery Squad of the command on November 11, following a tip-off by a member of the public.

“The three young men informed the police that their unbridled desires to get rich quick prompted them to get the human parts for money ritual purpose,’’ he said.

The cleric told said that this was his first attempt at using human parts for money rituals.

“I was told that the preparation of using human parts for ritual is simple and one will become very rich,” he said.

Aremu was killed on July 1, 2016 at his Alakia residence.

The commissioner said the suspect, who escaped to Ekiti, his country home, shortly after committing the act, had been on the Police wanted list.

“Nemesis caught up with the suspect when he was arrested in his criminal hideout after sneaking into the state and led another armed robbery gang to snatch a motorcycle from its owner at Egbeda area of the state.

“The suspect and two others operating a motorcycle also robbed two other victims of their valuable property including cash.

“A Bajaj Boxer Motorcycle with Reg. No AYJ 038 QM which was snatched at gunpoint was recovered from the suspects,’’ Odude said.

He said that the suspects had confessed to the crimes and would be arraigned in court after the conclusion of police investigation.