Home News Feed Pastors Use Tithing To ‘Blackmail’ Members
Facebook
Twitter
WhatsApp
An 82-year-old man who has been born again for 32 years but does not pay tithe believing that it is against the practice, has slammed pastors who he said is using tithe to defraud their church members. 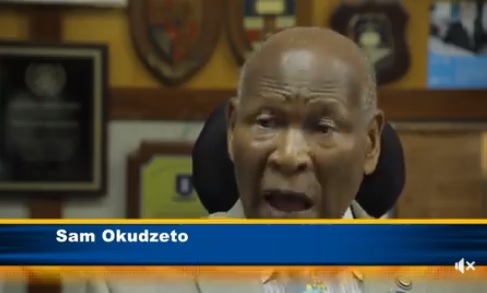 82-year-old Ghanaian Council of State member, Sam Okudzeto has said that Pastors are using the Old Testament idea of tithing to “blackmail” their church members into dispensing with their hard-earned money, most of which goes into individuals’ pockets, and that is “wrong”.
Okudjeto who has been born again for 32 years but does not pay tithe becuase he belief that its against the practice, says pastors take advantage of Malachi 3:10 which says: “’Bring the whole tithe into the storehouse, that there may be food in my house. Test me in this,’ says the LORD Almighty, ‘and see if I will not throw open the floodgates of heaven and pour out so much blessing that there will not be room enough to store it,’” to fleece their church members.
He said; “I have a different concept of tithe,” the former president of the Ghana Bar Association (GBA) told Paul Adom-Otchere in an interview on Metro TV’s Good Evening Ghana programme.
“I have argued with pastors that they are using the tithe as a ruse to blackmail people to give money and I said it is wrong. I give, I don’t go and give tithe. And I give not only to church, I give to church, I give to people who have need, I help those who I think are in a situation where they need help.
“I don’t pay tithe because that’s Old Testament concept and I’ve told the pastors that they are wrong because they are using Malachi to entice people to collect money from them and that money that goes to them does not help the poor and the needy. They do not, no,” Mr Okudzeto said.
According to him, “…everybody is opening a church, every corner you turn in Accra, there is a church,” because the pastors are using the tithing concept to enrich themselves.
“God does not bless you because you give tithe, God blesses you because you’re worshipping him. He blesses you because you love your neighbour as yourself, and you provide for your neighbour when he has need, that is what God wants you to do. So, we are turning the Bible upside down.”